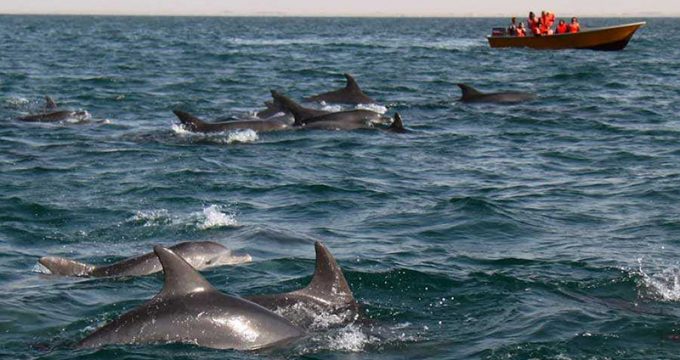 IRNA – Persian New Year is fast approaching and cities are bustling with people who are rushing to get the last necessary items to decorate houses or buy new clothes. Not much is left and it’s a good time you get to know a couple of the age-old traditions.

Hormozgan Province, that lies on coasts of the Persian Gulf, is home to nearly two million people that although might not necessarily share the same background, they all respect the Iranian New Year traditions. In this article, we tell you some of those rituals.

The Iranians have believed since time immemorial that as the New Year comes, one needs to turn into a new person, both physically and spiritually. Looking “new” on the first day of the New Year has been very important, so putting on new clothes is a ritual, strictly practiced. However in Hormozgan, if a person can’t afford new clothing, they pinned a slip of a new cloth on their old rags.

This is what kids are most fond of as they can get the elder people to give them monetary rewards, also known as eydi, in Persian. One of those poem goes “New Nowruz is here again, the sparrows are singing, Nowruz has come with its charms, dad! Give me eydi”.

According to very old traditions of the Hormozgan inhabitants, Mom Nowruz (Mother Nowruz) goes door to door on the New Year’s Eve to take a look at Kanduk (a small basket woven out of palm tree leaves where people kept their bread). If the Kanduks are full of pastry, it augurs very prosperous for the family, but if they’re empty, that family will need to cope with the hard times ahead.

Hormozgan inhabitants also believe that no one should sleep hungry on New Year’s Eve and the New Year’s first day because Mom Nowruz has seen who will be prosperous and not.

Young provincial women tried out henna on their hands and feet several days before the New Year. The elder men and women dyed henna on their heads. This long-rooted tradition is still alive among Hormozgani young women.