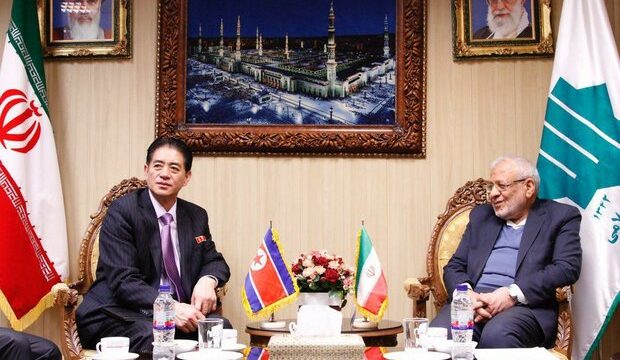 North Korea vows to support Iran against US sanctions

He made the remarks in a meeting with Asadollah Badamchian, secretary general of the Islamic Coalition Party, in Tehran.

The envoy went on to say that the Iranian nation will be the final winner of the fight with the US government.

He also expressed Workers’ Party of Korea’s congratulations to Badamchian over his appointment as the secretary-general of Islamic Coalition Party.

For his part, Badamchian said that nations which insist on their independence and national values will gain more respect in international fields, and that victory and a better future will be theirs.

“I believe that the United States is adopting measures against the freedom of nations,” he said, adding that the oppressive country is moving downwards and its collapse is definite.

He went on to say that US debt has exceeded $22 trillion while its gross national income is around $16 trillion. “This means that US is broke and it cannot bully independent countries.”