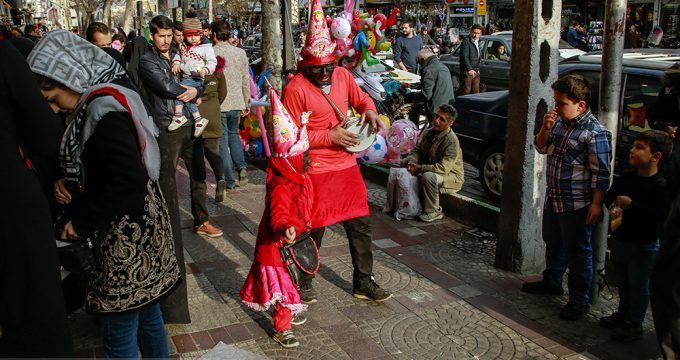 IRNA – Written history of the beginning days of the ancient Iranian civilization, dating back at least 7000 years, reveals the pleasant presence of Chaharshanbeh Soori ritual in the public culture of a land which covered much of the ancient world.

The prosperous Iran throughout its glorious history has been celebrating a number of very special dates in its calendar, a very important one being the festival which is observed in the night of the last Tuesday of the year, called Chaharshanbeh Soori. The glamorous and highly popular festival starts late at night on Tuesday and continues into early hours of Wednesday morning.

Literally, Chaharshanbeh Soori falls at the last Wednesday of the Iranian calendar year, the most accurate chronological solar calendar, enjoys a very long presence in the Iranian civilization.

The bunch of Iranian festivals has included such feasts of fire like Chaharshanbeh Soori which has served as a national event to celebrate dominance of light over darkness. This notion gets manifested in the act of jumping over small fires as a symbol of burning the dull dark winter nights to welcome bright spring days.

‘Fire” as a symbol of light has always been respected and sacred to the Aryan tribes. So when people jump over the fire at Chaharshanbeh Soori, they say farewell to doldrums and freeze and say hello to illumination in the earth because the Iranians worldwide celebrate the feast to welcome spring the first day of which is the start of new Iranian year called Norouz.

Still, there is no definite reason as why Iranians both inside the country and all over the world have chosen the last Wednesday of the year to celebrate this notion, but some believe that the number “4”, which shows the number of the seasons of a year, is the reason behind nomination of the event. Chahar in Persian means four.

From among numerous traditions being cherished in Chaharshanbeh Soori; many believe, the oldest and may be the most beautiful one is the burning of a fire and then gathering around it, taking delight in jumping over it while singing the old song “sorkhi-ye to az man, zardi-ye man az to”, meaning “Fire, leave your ruddiness to me, take my paleness instead.”

When fire is burnt, poverty, misfortune, wickedness and immorality will fade away, and this is what the Iranians believed in the past.

Since the ancient days when Iranians found how worthy the fire is, they have recognized light as a symbol of purity and wanted to keep this idea alive.

Some believe that when they burn fire, they help the power of sun save the earth from freezing in order to raise the blessing.

Although traditions of Chaharshanbeh Soori may be cherished in different Iranian cities with slight differences, the main message of this feast of fire is the family get-together or family reunion.

Along with the jumping-over fire ceremony which is the common tradition of Chaharshanbeh Soori, some in different Iranian cities eat dried fruits and nuts and some eat Ash that is a special Iranian soup.

It is worthy to say that Chaharshanbeh Soori, the yearend celebration before Norouz, is annually being marked not only by Iranians but also by people in other countries to celebrate Norouz-related events with Iranian roots.

Despite great happiness people feel by holding the festival, some use explosive material to cause explosion to celebrate Chaharshanbeh Soori.

Although Chaharshanbeh Soori is the fire festival, it does not mean that the event should be accompanied by explosion to scare others.

Chaharshanbeh Soori is solely aimed at holding celebration to feel happiness and pleasure.