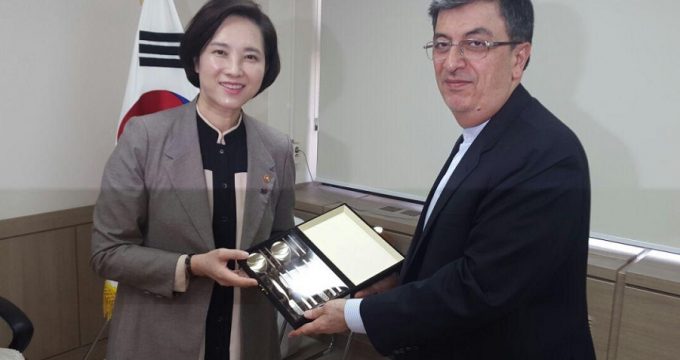 The Korean official described Iranian students studying at the country’s universities as brilliant and talented, and said that her country will try to offer more facilities to receive more Iranian students.

The two sides also emphasized the necessity of strengthening the scientific, academic ties between the two countries.

Currently, some 400 Iranian students have enrolled in South Korean universities with 80 percent of them studying at graduate courses.

The number of Iranian students at Korean universities has increased by 100 percent over the past three years.