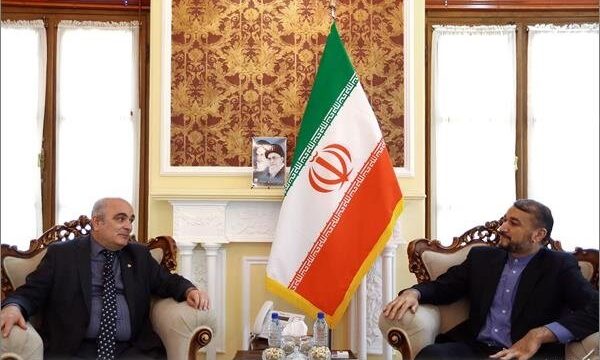 MNA – Special Assistant to the Speaker of the Iranian Parliament for International Affairs, Hossein Amir-Abdollahian has said that stepped up parliamentary ties between Iran and Russia will play an effective role in expanding the overall ties.

According to the news service of Iranian Parliament ‘ICANA’, Hossein Amir-Abdollahian, Special Assistant to the Speaker of the Iranian Parliament for International Affairs, made the remarks in a meeting with Russian Ambassador to Iran Levan Dzhagaryan in Tehran on Sunday.

In the meeting Amir-Abdollahian expressed his happiness with the level of bilateral cooperation between and Russian Federation, saying “Tehran-Moscow parliamentary cooperation is effective for expanding bilateral ties.”

Levan Dzhagaryan, for his part, pointed to effective engagment between Iran and Russia in various fields, stressing the need for expansion of economic and tourism relations, especially in the private sector.

The Russian diplomat also expressed his satisfaction with the constructive relationship between the two countries, calling for continuing and expanding bilateral cooperation at various levels.

During the meeting, the two sides conferred and exchanged views on regional and international developments and emphasized a political solution for Yemen and Venezuela crises