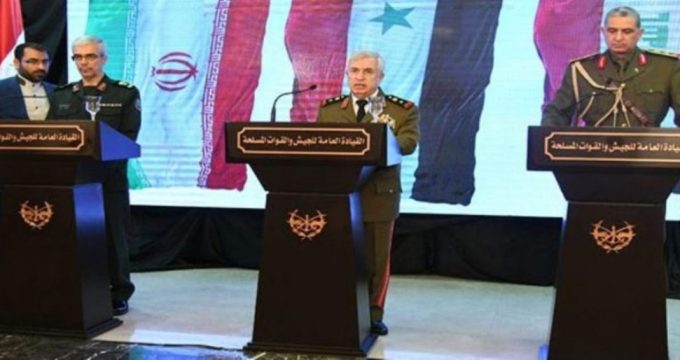 IRNA – fight against terrorism in the region will continue till complete annihilation of this phenomenon, a top Iranian commander said.

Iran will continue siding with Syria and Iraq to continue the fight against terrorism, the Chief of General Staff of Iranian Armed Forces, Major General Mohammad Hossein Baqeri said.

He made the remarks in a joint press conference with his Iraqi and Syrian counterparts in Damascus.

At this stage, Syria’s sovereignty and national authority should be guaranteed, Baqeri said, noting that all foreign forces which are in Syria without the permission of the country’s legal government should withdraw from the country.

Iran, Iraq and Syria will continue their efforts till complete defeat of terrorists, the commander said.