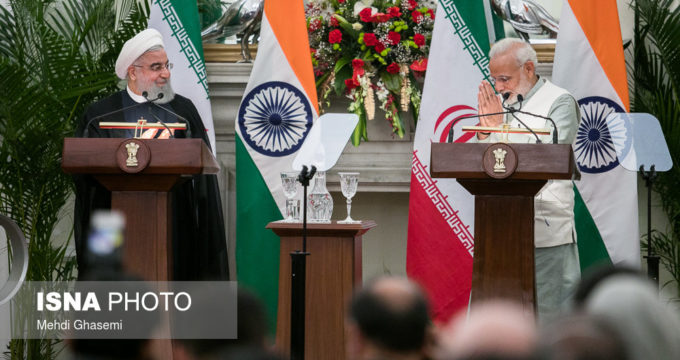 Al-Monitor | Mahmoud Pargoo: Two separate terrorist attacks in Iran and India last month – both perpetrated by Pakistan-based Islamist groups – have accelerated the ongoing convergence of Tehran and New Delhi. The first attack took place Feb. 13 in Iran’s Zahedan province, claiming the lives of 27 members of the Islamic Revolutionary Guard Corps. On Feb. 14, in Kashmir’s Pulwama, a suicide car bomb killed 40 members of the Central Reserve Police Forces. The attack in India was attributed to Jaish-e-Mohammed, and the Iranian attack to Jaish ul-Adl.

On Feb. 16, Iran’s Deputy Foreign Minister Abbas Araghchi met with India’s External Affairs Minister Sushma Swaraj and both agreed “on close cooperation to combat terrorism in the region,” per Araghchi’s tweet. But is Tehran really considering shifting its foreign policy in the subcontinent to ally with India against Pakistan? And will Iran side with India over Pakistan on the Kashmir issue and wider security issues?

Iran and Pakistan’s relationship has historically been quite warm. Iran was the first country to recognize Pakistan as an independent country in 1947, and the shah of Iran was the first head of state to pay an official visit to the newly established Pakistan in 1950. The cordial relationship was partly based on “belonging to the same stock, having a common heritage and sharing the same ideals,” in the shah’s words, but also “because of political wisdom,” or geopolitics. This political wisdom was embodied in CENTO, the anti-Soviet military alliance, comprising Turkey, Iraq, Iran, Pakistan and the United Kingdom in the late 1950s. Iran also provided vital military support to Pakistan in both Indo-Pakistani wars of 1965 and 1971.