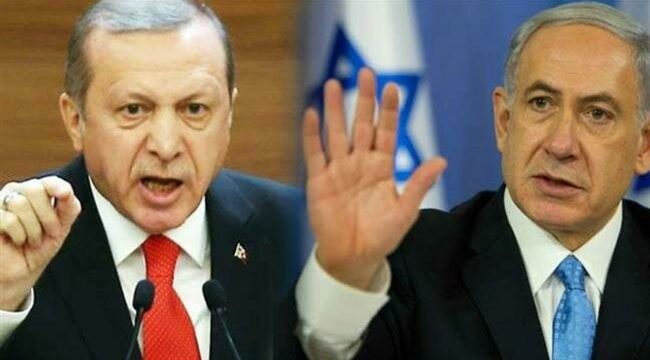 Press TV – US National Security Adviser John Bolton has not ruled out that Turkey is a “foe” of the United States, blasting Ankara for maintaining a “very bad” relationship with Washington’s close ally Israel.

When asked by AM 970 radio host John Catsimatidis on Sunday whether Turkey was a “friend or foe” to the US, Bolton refused to give a straight answer and instead cited several major stumbling blocks in ties.

“Well you know they’re still a NATO ally; we’re trying to work with them, but they’ve got a very bad relationship with our close friends in Israel. That’s something we need to look out on,” Bolton said.

A war of words began between Turkey and Israel recently, when Israeli Prime Minister Benjamin Netanyau said the occupied territories only belong to the Jewish people and not all citizens.

Erdogan, however, called Netanyahu a “thief” and a “tyrant who massacred seven-year-old Palestinian children.”

The war of words between Turkey and Israel continued Friday when the Turkish president rebuked Netanyahu’s son for suggesting the city of Istanbul was under “Turkish occupation”.

“You occupied the whole of Palestine!” Erdogan fired back at Netanyahu’s son, saying it is actually the Tel Aviv regime which has occupied the entire Palestinian land.

Elsewhere in his Sunday comments Bolton said that disagreements “with respect to the conflict in Syria” was another issue affecting bilateral ties between the US and Turkey.

He said US President Donald Trump “would like to have a good relationship with Turkey; he’d like to see US trade with Turkey increase, but we need them to help us out in some of these other problems in Syria and elsewhere in the region.”

US support for YPG militants, which Ankara views as a terrorist group and an extension of the outlawed Kurdistan Workers’ Party (PKK), has angered Turkey.

The US has been arming and training Kurdish militants under the banner of helping them fight Daesh, but Syria and several other countries see ulterior motives behind the deployment.

Fears of a Turkish assault have led the Kurds to strike an agreement with the Syrian government to leave Manbij in exchange for military support in case they come under attack from Turkey.

Turkey, a key US ally in the region, has repeatedly questioned Washington’s deployment of heavy weapons in Syria despite the defeat of Daesh in much of the Arab country.

In his talks to AM 970 radio, Bolton further blasted Turkey for refusing to abandon a deal to purchase the advanced Russian-built S-400 air defense missile systems, a major obstacle to US-Turkish relations.

“We’re concerned about their purchase of the Russian air defense system called the S-400 – that’s a big problem,” Bolton said.

Moscow and Ankara finalized an agreement on the delivery of the S-400 missile systems in December 2017.

Last April, Erdogan and his Russian counterpart Vladimir Putin said in Ankara that they had agreed to expedite the delivery of S-400 missile systems. At the time it was said that the delivery could be made between late 2019 and early 2020.

Washington has reportedly proposed to deliver one US-made Patriot missile battery by the end of 2019, on the condition that Ankara abandons the deal with Moscow.

The S-400 is an advanced Russian missile system designed to detect, track, and destroy planes, drones, or missiles as far as 402 kilometers away. It has previously been sold only to China and India.

Turkey is striving to boost its air defense, particularly after Washington decided in 2015 to withdraw its Patriot surface-to-air missile system from Turkey’s border with Syria, a move that weakened Turkey’s air defense.