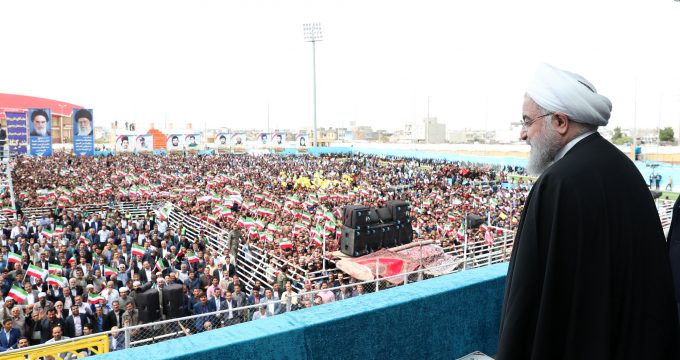 President.ir – President of the Islamic Republic of Iran stressed that all the government is trying to do is support production and create jobs for the young.

Speaking on Sunday at Shohadaye Kangan Stadium in Bushehr Province, President Hassan Rouhani said, “We had a year full of economic problems, but people proved the enemies that they are present at every stage, and the government will support employees who receive fixed salaries”.

“The people of Iran proved it to the enemies that despite problems they make, they cannot force the great Iranian nation into surrender, and this brave nation has been, and will be, strong against the conspiracies of the enemies,” he said.

He added, “In next year’s budget, which was approved by the Majlis, we have decided to increase salaries for employees by 20 per cent, which will be more than 20 per cent for workers”.

Stating that this year’s inflation has been more than 20 per cent, Dr Rouhani said, “We could not increase salaries more than this, but we hope that we can make conditions better and more stable next year with people’s help”.