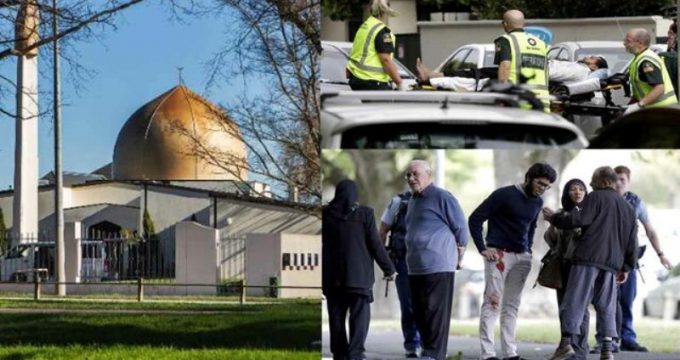 IRNA – The Muslim Council of Britain (MCB) in a statement condemned the terrorist attacks in New Zealand which claimed the lives of scores of people and injured some others.

“This is the most deadly Islamophobic terrorist attack we have witnessed in recent times. It would seem that Brenton Tarrant’s murderous intention was to target Muslims at their places of worship and on their sacred day. Reports suggested the attacker is on record spouting hate against Muslims and other minority communities,’ Harun Khan, Secretary General of the Muslim Council of Britain said in the statement expressing condolences to the bereaved families of the victims of the deadly attack.

‘My condolences to the families affected. As the rest of us prepare to undertake our own Friday prayers today, we do so with the anxiety as to whether our mosques and communities are safe in the face of unabated Islamophobia and hostility against Muslims,’ he added urging the British government to redouble its efforts to ensure mosques are protected.

As Iranian Foreign Minister earlier said that such terror attacks are not surprising, Harun Khan also said ‘Islamophobic terrorist attacks are not new. In 2017, there was a shooting which saw six worshippers were killed at a mosque in Quebec, in Minnesota, USA, a mosque was firebombed.’

In his second Twitter message reacting to the recent heinous attack, Zarif said ‘Iranians are deeply shocked and saddened by Christchurch terror today. But we’re not surprised. Banned from travel to the US, and not allowed to abide by our faith if attending French schools, we Iranians know too well what bigotry and hatred of Islam augur.’