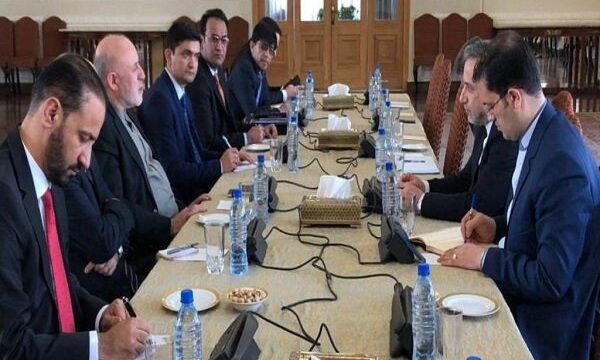 MNA – The Iranian Deputy Foreign Minister Abbas Araghchi has welcomed the Afghan president’s recent initiatives for the peace process in Afghanistan, adding that Iran will spare no efforts to help the people and government of Afghanistan.

Abbas Araghchi, the Iranian Deputy Foreign Minister, made the comments in a meeting with visiting Afghan senior presidential adviser to consult on regional consensus in respect of reconciliation process, Mohammad Omar Daudzai in Tehran on Saturday.

Araghchi, in the meeting, welcomed the Afghan president’s recent initiatives for peace process in Afghanistan, adding that “the Islamic Republic of Iran will do its best to help the people and government of Afghanistan and in order to maintain the unity and solidarity of all groups and segments of the Afghan people.”

Araghchi also expressed doubts about the intentions of the United States in Afghanistan and emphasized the need for a regional approach and the active participation of neighboring countries in the peace process.

Also in the meeting, the two sides emphasized the maintenance of the political structures and constitution of Afghanistan as an achievement of many years of campaign and the sacrifices of its people, and stressed the need for the participation of all the Afghans in the peace process as a conditions for the success of a lasting peace.

The ISIL presence in Afghanistan as a common threat to peace and security in the region and the need to work together to fight the terrorist group was another major topic in the talks between the two sides.

The two countries’ economic cooperation under the new circumstances emerged from the US sanctions on Iran and ways to develop economic relations between the two countries was also discussed during the meeting.