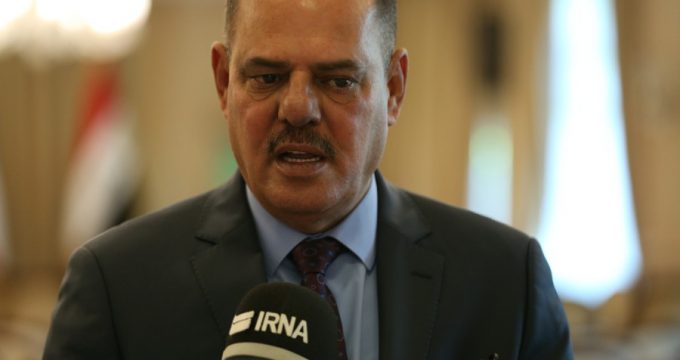 Speaking in an exclusive interview with the Islamic Republic News Agency (IRNA) on Saturday, Allami referred to Iranian President Hassan Rouhani’s trip to Iran as helping promotion of media cooperation.

He added that due to its achievements, his trip is regarded as a turning point in Iran-Iraq relations.

Undoubtedly, the trip will cause development of ties in political, economic, cultural, social and media fields.

Due to their neighborliness, Iran and Iraq have extended relations in various fields, he added.

Referring to Iran and Iraq as two important countries in the region, Allami called for developing relations between the two countries.

Iran and Iraq released a final statement in which they have agreed on no-fee visas, construction of border railway connecting the two countries, establishing joint industrial parks, oil and gas cooperation as well as dredging a border river.

The Iranian and Iraqi authorities discussed and signed Memoranda of Understanding (MoU) on issues such as oil, trade, health and rail transit via Shalamcheh-Basra.

The railroad, some 35 kilometers long, connects the Iranian border town of Shalamcheh to the Iraqi city of Basra. The route is meant to further speed up bilateral export and import in a bid to rapidly reach the target of 20 billion dollars of annual trade volume. It could also significantly ease and facilitate tourism between the two neighbors.