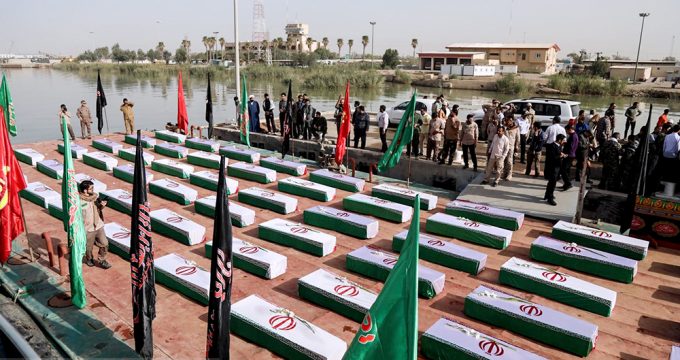 Tasnim – Remains of 115 Iranian troops unearthed more than 30 years after the end of the Iraqi imposed war on Iran in the 1980s were repatriated from the Arab country via a southwestern border crossing.

The remains of the martyrs in Iranian-flag-wrapped caskets were transferred to Iran via the Arvand River border crossing in Khuzestan Province on Saturday.

The recently-identified martyrs had been killed in five different military operations and in an Iraqi offense on Shalamcheh and Zubeidat.

Officials say the coffins will be transferred to Ahvaz, capital of Khuzestan, and remain there until the end of the new Iranian year’s holidays (early April).