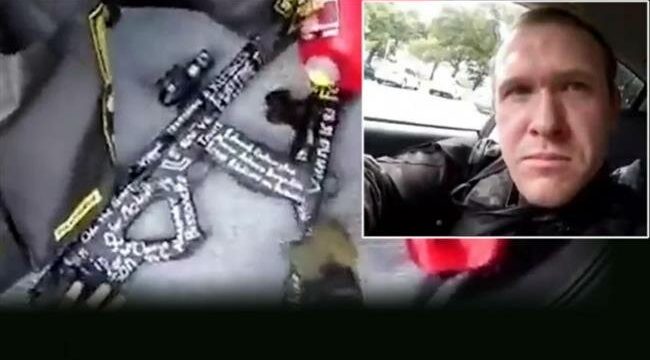 Press TV – Iran has strongly condemned “inhumane” attacks on two mosques in New Zealand, urging Wellington to immediately find and punish the perpetrators without any consideration.

Foreign Ministry spokesman Bahram Qassemi on Friday denounced the deadly attacks by an alleged white supremacist – reportedly an admirer of US President Donald Trump – as inhumane and totally brutal.

“Any terrorist attack must be condemned by all states no matter where in the world, by whom, and with what motivation and pretext it is carried out,” Qassemi said.

He also urged governments to prevent racist and Islamophobic movements and ideologies from threatening the security and tranquility of the citizens of states across the world.

His reaction came as political and Islamic leaders expressed their disgust at the massacre and cited rising “Islamophobia” as responsible.

At least one gunman killed 49 people and wounded more than 20 during Friday prayers in New Zealand’s worst ever mass shooting, which Prime Minister Jacinda Ardern condemned as terrorism.

The Australian gunman, identified as Brenton Tarrant, broadcast live footage on Facebook of the attack on one mosque in the city of Christchurch, mirroring the carnage played out in video games, after publishing a “manifesto” in which he denounced immigrants, calling them “invaders”.

In his manifesto, Tarrant said he saw Trump as “symbol of renewed white identity and common purpose.”

The 28-year-old terrorist said he chose to use a gun over other weapons because it would spark a debate around the second amendment.

“With enough pressure the left wing within the United States will seek to abolish the second amendment, and the right wing within the US will see this as an attack on their very freedom and liberty,” Tarrant said.

“This attempted abolishment of rights by the left will result in a dramatic polarization of the people in the United States and eventually a fracturing of the US along cultural and racial lines.

“Eventually, when the white population of the USA realizes the truth of the situation, war will erupt,” he added.

‘Far-right terrorism on rise in US because of Trump’

In a Friday tweet, Iranian Foreign Minister Mohammad Javad Zarif cited Trump’s Islamophobic remarks, and lashed out at the “Western hypocrisy of defending demonization of Muslims as ‘freedom of expression’.”

“Impunity in Western ‘democracies’ to promote bigotry leads to this: Israeli thugs enter mosque in Palestine to insult Muslims; terrorists in NZ livestream their murder of 49 Muslims. Western hypocrisy of defending demonization of Muslims as ‘freedom of expression’ MUST end,” he said.

Intercept columnist Mehdi Hasan told CNN Tonight that “far-right terrorism” was on the rise in the United States and blamed President Trump for attacks both in the US and abroad.

He went on to say that there were “more attacks, more casualties from domestic terrorist groups – far-right groups – than there are quote-unquote jihadist or Islamist groups.”

“You have Muslim victims of terror in New Zealand. I mentioned the attack in Canada — Quebec City shortly after Trump was inaugurated, there’s been attempted attacks and attacks in Minnesota and various places across the US.

“We do need to start taking this seriously. Crimes against minorities, Jewish groups, against Muslim communities, against people of color are on the rise in Britain, across western Europe, United States, Canada, Australia, and now sadly New Zealand,” he said.

“I mean, less than six months ago we know one of his big supporters sent pipe bombs in the mail to dozens of people who Trump had personally attacked and demonized. Who was driving around in a van with pro-Trump imagery and anti-CNN imagery. We know lots of far-right attackers have claimed to be Trump supporters in recent months,” Hasan noted.

“So, this is not just about Trump but about politicians especially on the right taking seriously this problem and really being careful about their language at the very minimum,” he added.