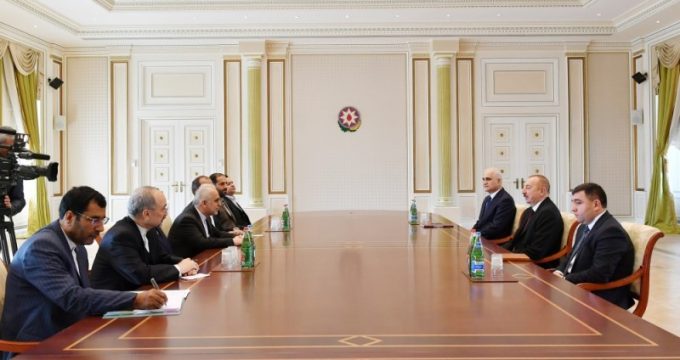 Iran’s Minister of Economic Affairs confers with President of Azerbaijan

The officials in the meeting also emphasized on the determination of the two neighboring countries, the Islamic Republic of Iran and the Republic of Azerbaijan, to strengthen bilateral relations.

The 13th meeting of the Joint Commission on Economic Cooperation between Iran and the Republic of Azerbaijan was held on March 14-15 in Baku.

The meeting discussed ways to expand cooperation between the Islamic Republic of Iran and Azerbaijan in the areas of investment, trade, finance and banking, customs and border issues, communications, energy and environment, agriculture, food security and health, science and education, and culture. Tourism in the form of eight specialized committees.

Farhad Dejpasand, the Minister of Economic Affairs and Finance of Iran, attended the meeting.