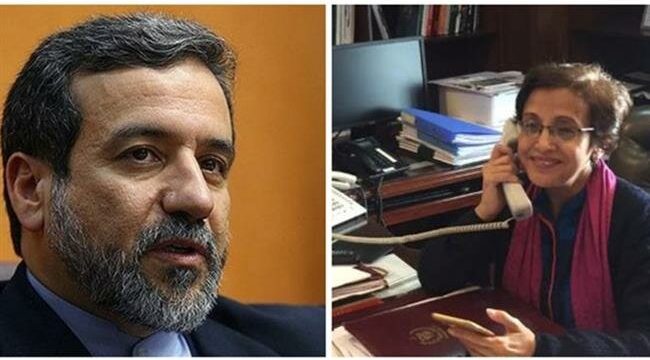 Press TV – Iran and Pakistan have stressed the importance of promoting peace in the region and solving tensions through nonviolent approaches.

“Iran & Pakistan are close neighbors and friends. We agreed to strengthen our cooperation in all fields inc. fighting terrorism,” the Iranian diplomat said in a post on his official Twitter account.

Tehran calls for de-escalation of tension and “peaceful resolution of Pakistan-India conflict,” the Iranian diplomat said.

The recent clashes between India and Pakistan were triggered after a February 14 bombing that killed 40 Indian paramilitary police in the northern region of Kashmir, which is claimed by both countries. A Pakistan-based militant group claimed responsibility for the attack and India accused Pakistan of complicity – a charge Pakistan denies.

The tensions reached a peak late last month, when India said it had conducted “preemptive” airstrikes against what it described as a militant training camp in Pakistan’s Balakot.

“This government will not allow Pakistan’s land to be used for any kind of outside terrorism,” said Khan while addressing a public rally in southern Pakistan. “We will not allow any terror group to function in our country now.”

On February 13, a bomber, identified by Iran’s Islamic Revolution Guards Corps (IRGC) as Pakistani national Hafiz Mohammad Ali, slammed his explosives-laden car into a bus carrying members of Iran’s IRGC on a road in Iran’s Sistan and Baluchestan Province — which borders Pakistan — killing 27 people and injuring 13 others.

Meanwhile, Spokesperson for Pakistan’s Ministry of Foreign Affairs Mohammed Faisal also pointed to the phone call between Janjua and Araqchi and said the two sides exchanged views about issues of mutual interest.

Faisal wrote on his Twitter account that the two sides agreed to strengthen bilateral cooperation in all areas.

“FS Janjua illustrated Pakistan’s continued desire for peace and de-escalation of tensions in the region,” he said.