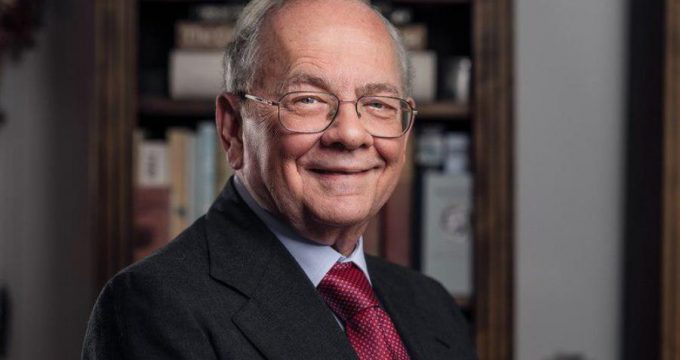 IRNA – Iranian president’s state visit to Iraq is very significant as it shows that Iran is forging good political, economic and commercial relations with its western neighbour, a former US diplomat told IRNA.

“I see the visit of President Rouhani to Iraq as significant for several reasons, including economic and commercial as well as political,” Michael Springman, former head of the American visa bureau in the Saudi city of Jeddah told IRNA over phone.

“From the economic and commercial side, Iran is the principle supplier of goods to iraq exceeding Turkey and they will exceed China in the coming year,” he added. “They are working very hard at improving commercial ties. 45% of the Iraqi gas for the generation of electricity in the country comes from Iran,” Springman said.

Iran sells two billion dollars worth of gas to Iraq per year to feed its energy-starved power plants. The amount could rise in the coming months as the summer approaches. “I think the cross-border trade and economic and financial ties is very important and it will be hard for the Americans to stop this,” the now lawyer mentioned during the interview.

During three days, Iranian president met and held talks with a wide range of incumbent and former Iraqi officials as well as powerful religious officials. “As far as the political part, I think that President Rouhani is working very hard to create good connections with not only Iraqi politicians, but also other people,” The former American diplomat noted.

“Aside from meeting President Salih and PM Mahdi, he also met former officials like ex PM Nouri al Maliki. Additionally, he has met a number of people in the Iraqi parliament and people out of office, but in influential positions,” he stressed.

Rouhani’s first visit to Iraq since he took office in 2013 has also sent a strong message that Tehran is ready to move past strains in bilateral relations during the eight years of war that started in 1980. “He is also doing a good job of overcoming some past difficulties such as disastrous 1980-88 war that killed at least a million people and created an untold amount of damage.”

The two sides also agreed to jointly dredge Arvand River, also known as Shatt al Arab in Arabic, after 43 years. The basis of such an agreement goes back to the 1975 Algiers Agreement, under which Baghdad and Tehran settled their border disputes.

The landmark visit also highlighted that Iran and Iraq are getting closer to each other politically. “President Rouhani and Iraqi authorities have stressed the importance of improving ties between the two countries saying it was Iran that came to the aid of Iraq when the terrorists took over the northern oil producing parts like Mosul,” Michael Springman added.

When President Donald Trump withdrew the US unilaterally from the 2015 international treaty about Iran’s nuclear agreement, Washington reitroduces two rounds of sanctions on the country, choking its vital oil and banking sectors. However, further trade ties with Iraq could prove as a breathing room for Tehran to skirt the American punitive measures.

“They see each other as working together to get around the American sanctions and signed deals to pay in dinars and euros rather than US dollars for their trade. I think that’s an excellent ideal,” the ex US diplomatic staff said, referring to a deal between Iranian and Iraqi central banks under which Baghdad can pay its debts for importing Iranian energy in its own currency dinar as well as euro.

Springman, who was fired from his job as head of the American visa bureau in Jeddah years ago for criticising pressures from higher-level US officials to issue visas to “unqualified people”, believes that current US administration is “working towards a regime change in Iran” because “America has a long history of animosity against Iran and Iraq.”