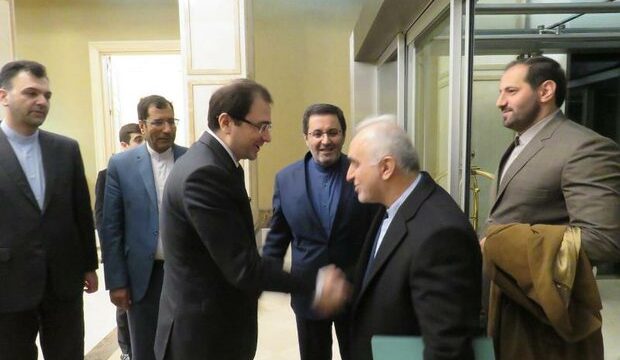 MNA – Iran’s Minister of Economic Affairs and Finance Farhad Dejpasand arrived in Baku, Azerbaijan, early on Wed. to attend a meeting with Azerbaijani officials and explore the avenues for boosting bilateral economic ties.

Heading a high-ranking delegation, Dejpasand is slated to attend the 13th meeting of Azerbaijan-Iran State Commission for Economic, Trade and Humanitarian Cooperation, which will be held on March 14-15.

As part of the two-day visit, the delegation will also take part in a joint business forum and hold meetings with government officials, including President Ilham Aliyev, Prime Minister Novruz Mamedov and Minister of Economic Development Shahin Mustafayev.