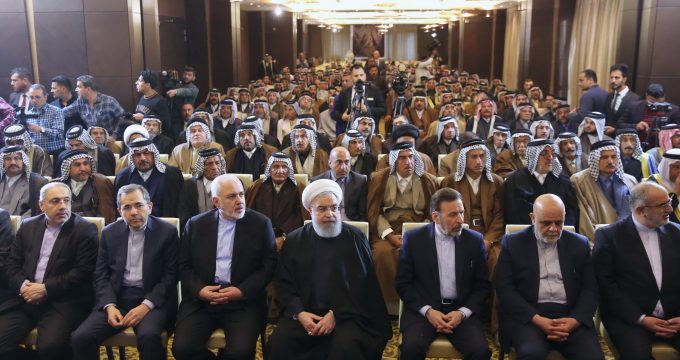 IRNA – Iraqi tribes thanked Iran’s support for their country during the fight against Daesh (ISIS) terrorists.

In a meeting with Iranian President Hassan Rouhani on Tuesday, the Iraqi tribal chiefs from Karbala and Babil welcomed his visit to the region.

The Iraqi tribes condemned the US sanctions against Iran and called for improvement of relations between the two countries’ border regions.

The Iranian president, for his part, expressed Iran’s support for development of all-out ties with Iraq in the reconstruction era.

The meeting was held with the attendance of scores of religious and nomadic figures.

During the meeting, the Iraqi officials outlined their views regarding regional and international issues.

His tour to Iraq is upon the official invitation of the country’s President Barham Salih.

Exploring avenues for widening bilateral relations in the political, economic and cultural fields are among the main objectives of the Iranian president’s official visit to Iraq.