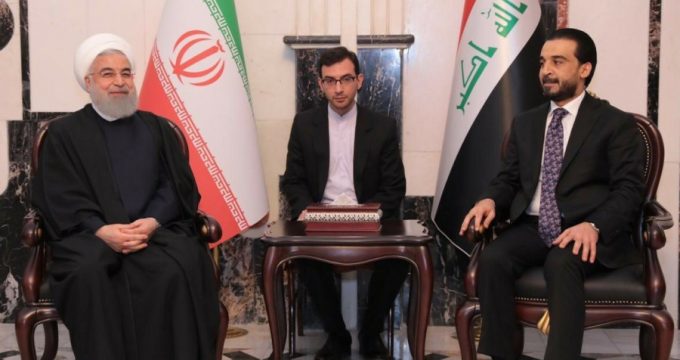 During the meeting in the Iraqi capital, both sides expressed their willing to strengthen cooperation in various fields, politics and economy in particular.

They also highlighted the role of Iraqi parliament in easing economic collaboration, especially in border provinces of Iraq.

President Rouhani hoped that roots of brotherhood between the Iranian and Iraqi nations will further strengthen by broadening prospects of cooperation in various arenas.

Al-Halbousi, for his part, voiced his country’s readiness for passing the laws to enhance relations with the neighboring states such as Iran.