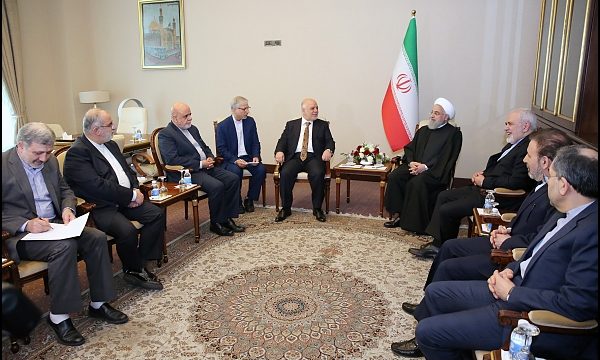 President.ir – President of the Islamic Republic of Iran emphasised that Iran and Iraq, alongside other countries in the region like Turkey, play an important role in the region.

Speaking with the Former Prime Minister of Iraq Haider al-Abadi on Tuesday, Dr Hassan Rouhani said, “We should attempt to promote multilateral cooperation among the countries of the region in different fields such as transit, railways and combatting terrorism”.

“Fortunately, relations between the people and different governments of Iran and Iraq have always had a positive trend and the authorities of the two countries have followed the path of further development of these relations well,” he said.

Dr Rouhani added, “Today, we should attempt to deepen Tehran-Baghdad cooperation in different fields such as trade, economy and higher educations through developing relations between political activists, parties and universities of the two countries”.

Former Prime Minister of Iraq Haider al-Abadi described the visit of the President of the Islamic Republic of Iran to Iraq very important and said, “The two countries have had very closer relations and cooperation in the recent years, especially in fighting terrorism in the region”.

“Today, we should attempt to further cement these relations in different fields such as economy, culture, and trade,” he said.