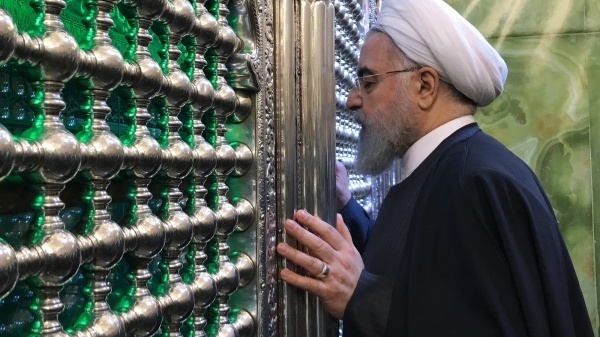 IRNA – Iranian President Hassan Rouhani, who had left the Iraqi capital minutes ago, arrived in the Iraqi holy city of Karbala on Tuesday afternoon.

President Rouhani and his accompanying delegation are due to visit the holy Shrines of Imam Hussain (AS) and Hazrat Abolfazl (AS) in Karbala and meet a group of prominent figures in the city.

The Iranian president will then depart for the holy city of Najaf where he will visit the holy shrine of Imam Ali (AS) and meet with a number of great religious leaders residing in the city.

President Rouhani arrived in Baghdad on Monday at official invitation by his Iraqi counterpart Barham Salih.

He has met with a number of Iraqi officials including the country’s president, prime minister and parliament speaker and a number of members of parliament in separate meetings so far.

The Iranian and Iraqi delegations have signed five documents and cooperation MoUs on different areas.