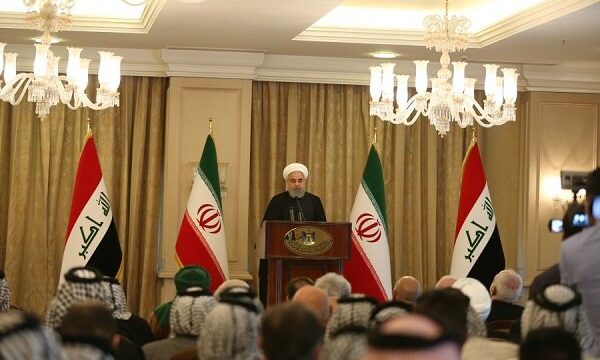 MNA – Iranian President Hassan Rouhani said that enemies were after sowing discord among different ethnic and religious groups of the region by the formation of ISIL.

He made the remarks Tuesday in a meeting with heads of different Iraqi ethnic and religious groups.

“Enemies wanted to set the region on fire and cause war and enmity between regional countries,” he said, adding that nations of the region, especially Iraqi nation, managed to foil this plot and defeat terrorism.

Despite all propaganda, Western countries have had no influence in defeating terrorism and they just threw some bombs in fake operations, he added.

He warned that terrorism has not yet been completely destroyed in the region, noting that the United States is devising other plans for the Middle East by transferring terrorists to Afghanistan, Caucasus, and Central Asia.