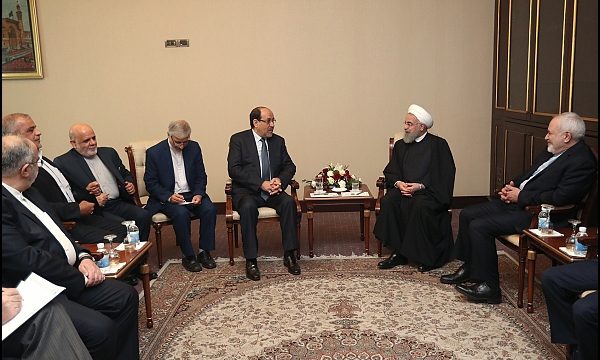 They paid the visit in Rouhani’s residence place in the Iraqi capital.

National Security Council advisor Falih Alfayyadhof too visited President Rouhani in the palce which is locaged in Dar Dhiafa in Baghdad.

He appreciated Iran’s support for Iraq’s combat against the Daesh terrorists.

The two officials also discussed methods to expand relations between Iran and Iraq.