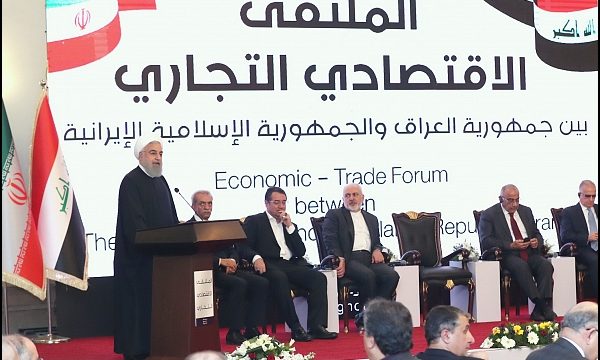 Speaking at the Economic-Trade Forum of Iran and Iraq late on Monday, President Rouhani voiced Iran’s determination to increase trade relations with Iraq to $20 billion from the current $12 billion.

Following talks between Iran’s minister of industry, mines and trade and his Iraqi counterparts simultaneously with President Rouhani’s visit to Iraq, 22 industrial and trade agreements were signed by the two countries.

Hojjatoleslam Seyyed Ebrahim Raeisi has been appointed as the deputy chairman of the Assembly of Experts, which elects and oversees the performance of the Leader of Islamic Revolution.

More than 50 retired American generals and diplomats have called on the administration of President Donald Trump to return to the 2015 nuclear deal with Iran, now that Tehran remains fully compliant with its end of the bargain.

President of the Islamic Republic of Iran emphasised that Iran and Iraq, alongside other countries in the region like Turkey, play an important role in the region.

President of the Islamic Republic of Iran said, “Friendly relations between the Iranian and Iraqi governments and nations have been maintained well in the recent years, and are developing with the efforts of the authorities of the two sides”.

President of the Islamic Republic of Iran stated that today, the Iranian and Iraqi governments are determined to develop all-inclusive relations between the two countries, and stressed that all authorities should work in this regard.

Iran to continue its role in resolving regional problems, promoting interaction among countries

President stated that Iran and Iraq play an important role in the region, adding, “We should plan based on conditions, causes and goals of the two nations and take steps for deepening Tehran-Baghdad relations and cooperation”.

The president of Instrument in Support of Trade Exchanges between Iran and EU arrived in Tehran and was welcomed by Germany, France and UK’s ambassadors in Iran.

Members of the Iranian Parliament appreciated the Leader of Islamic Revolution Ayatollah Khamenei’s decision to appoint Hojjatoleslam Seyyed Ebrahim Raeisi as the new judiciary chief of the country.