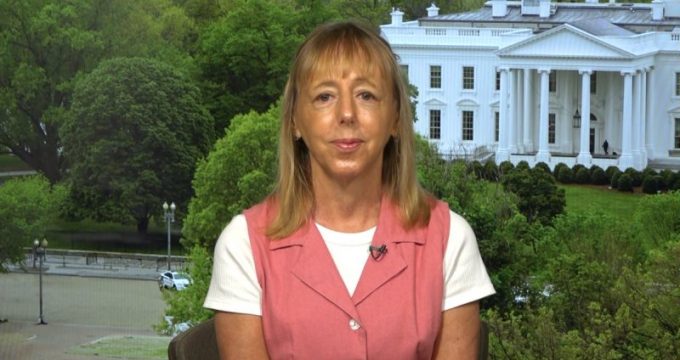 US political activist says greeted by FBI after Iran tour

IRNA – American political activist and the co-founder of Code Pink who had left Iran recently said that she together with the US delegation were greeted by FBI agents when they arrived in their own country.

Speaking in an interview with ‘Real News Network’, Medea Benjamin said: ‘Not only did Ann Wright and I get called to secondary screening, but after that we were greeted by FBI agents who had a whole dossier on us of what we did, which mostly they got from our own website, our blogs.’

She added: ‘But they also had a packet of information for us about the sanctions on Iran, the U.S. government policies towards Iran, the issue about registering as a foreign agent, indictment of Iranian groups to scare us away from talking to them. And yes, it was not the warm welcome that we received when we went to Iran.’

Elaborating on the way she could have such a big achievement to visit Iranian foreign Minister Mohammad Javad Zarif, she said ‘Well, I had actually met the foreign minister in New York at the United Nations, and told him that we were organizing this delegation, and asked then if we would be able to meet. But we of course didn’t know until we got there whether that would happen.’

During their stay in Iran, the 28-member US delegation held talks with Zarif and a number of Iranian professors.

Benjamin went on to say that Iranian foreign minister is an intelligent man adding ‘he staked his reputation on negotiating with John Kerry and the West.’

Benjamin, 66, is the co-founder of Code Pink Institute: Women for Peace, an internationally active NGO that describes itself as a ‘grassroot peace and social justice movement working to end US-funded wars and occupations, to challenge militarism globally and to redirect our resources into health care, education, green jobs and other life-affirming activities’.

Earlier after head of the US think tank Brian Hook finished the first part of his speech at the Hudson Institute discussing the need to stop what he claimed to be the Iranian nuclear proliferation, Benjamin shouted that they are making a case for a war with Iran. How did the war with Iraq turn out? You’re doing exactly the same thing as we did in the case of Iraq.

Hook is the US Special Envoy to Iran and also an advisor to Secretary of State Mike Pompeo.

‘No more war. Peace with Iran,’ Benjamin earlier said as she suddenly stepped on the stage after Hook’s speech.