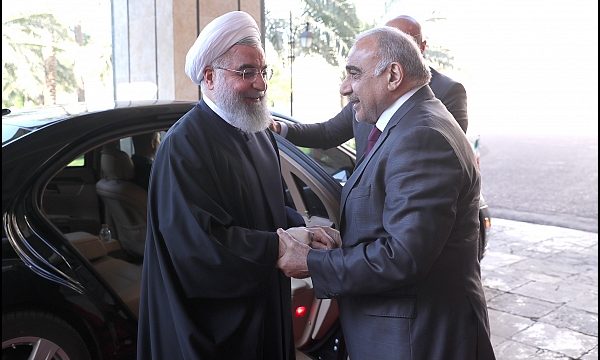 President.ir – President Hassan Rouhani was officially welcomed by the Prime Minister of Iraq Adil Abdul-Mahdi on Monday in Baghdad.

In the official welcoming ceremony, after the national anthems of the two countries were played, Dr Rouhani and Prime Minister Abdul-Mahdi reviewed the honour guards, and then introduced their high-ranking delegations to each other.

The high-ranking delegations of Iran and Iraq are scheduled to have a meeting after President Rouhani and Prime Minister Abdul-Mahdi’s private meeting.