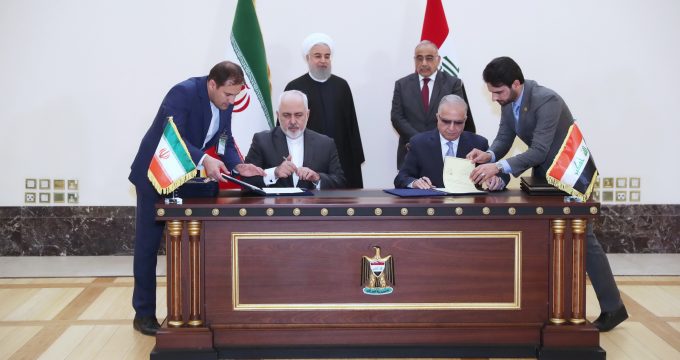 President.ir – The Islamic Republic of Iran and the Republic of Iraq signed five memoranda of understanding in the presence of President Hassan Rouhani and Prime Minister Abdul-Mahdi.

The documents were in the fields Basra-Shalamcheh Railway Project, visa facilitation for investors, health, a MoU between Ministry of Industry, Mines and Trade of Iran and Ministry of Trade of Iraq, and another one in the field of oil between the petroleum ministries of the two countries, which were signed on Monday by the senior officials of Iran and Iraq.