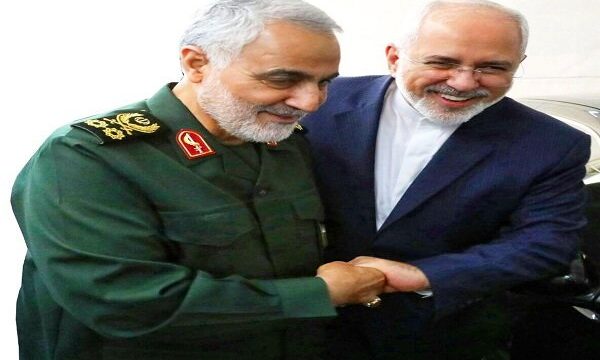 Zarif notes that efforts of Major General Soleimani in fight against Takfiri terrorism has paved the way for establishing a ‘stabilized’ region.

Self-confidence and resistance of nations combined with political tact of all regional countries’ leader can lead to making a better future for the suffered people of the region, he adds.

Islamic Revolution Leader Ayatollah Seyed Ali Khamenei has awarded Major General Ghasem Soleimani with the Order of Zulfaqar. This is the first time that the order is being offered after the Islamic Revolution.

The top general leads IRGC’s Quds Force and is considered one of the most influential military commanders in the world; In the recent issue of US-based Foreign Policy magazine, the name of the Iranian commander can be seen on top of the table of its ranking for Global Thinkers in the defense and security field.

Soleimani has played a significant role, as a strategist and adviser, in the fight against terrorism both in Syria and Iraq.