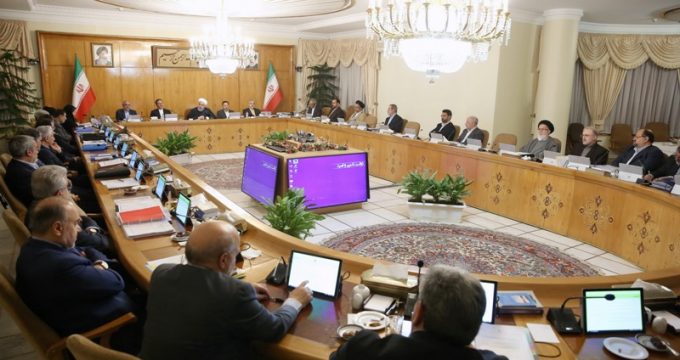 IRNA – Cabinet discussed promoting ties with Iraq in various areas late on Sunday on the eve of President Hassan Rouhani’s imminent visit to the neighboring country.

During the session headed by Rouhani, Cabinet members dealt with their programs to boost cooperation with Iraq and evaluated implementation of agreements reached earlier.

Rouhani is to travel to Iraq at the official invitation of that country’s president and prime minister on Monday at the head of a high-ranking delegation.

During his three-day visit to Iraq, Rouhani is to confer with the senior Iraqi cleric Ayatollah Seyyed Ali Sistani.