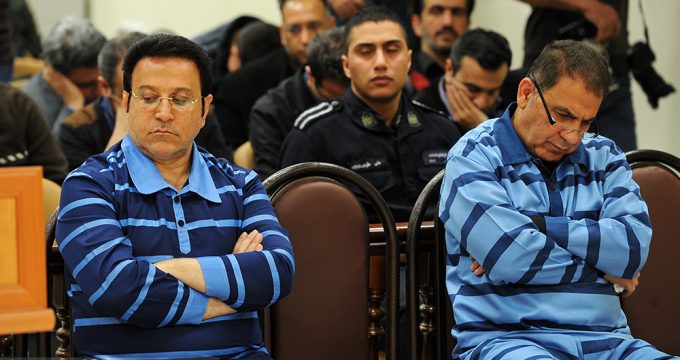 Radio Farda – The prosecutor in the corruption trial of a super-rich sponsor of major Iranian football (soccer) clubs, says one of the suspects in the case had opened 242 bank accounts within a day in his 8-year-old son’s name, Iranian news agencies reported.

At a court session on Sunday March 10, the prosecutors described the act as tantamount to money laundering. However, the prosecutor did not say how much money changed hands in the transactions involving those accounts.

The rich football sponsor Hossein Hedayati is being tried for not returning hefty loans he received from several Iranian banks including Bank Sarmayeh.

It was said at the court that he owed 15 trillion rials (roughly $140 million in free market exchange rate) to various banks for the original sum and interest of the loans.

Reports from Tehran say Parviz Kazemi, the board chairman of Bank Sarmayeh, who was welfare minister in the Ahmadinejad administration, is also one of the suspects in the case.

There have been many such cases in the last decade in Iran, when influential people using their connections borrowed huge sums of money from banks and did not return the loans. All banks are wholly owned by the government, which usually ends up paying for their losses.

Influential individuals also set up many unlicensed savings and loan financial institutions, many of which went into bankruptcy, leaving ordinary depositors without shelter.