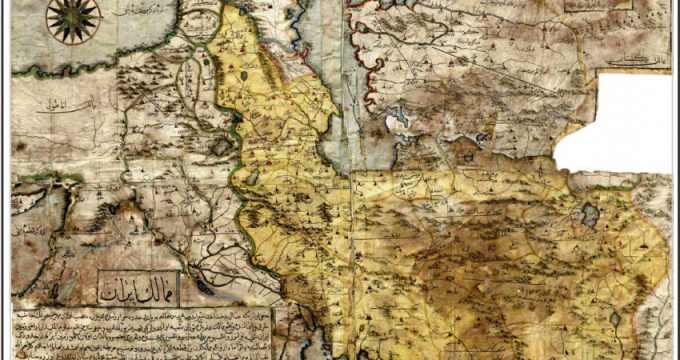 Iranian Diplomacy | Bahram Amirahmadian: Hassan Rouhani’s speech on the anniversary of the Islamic Revolution and his lament about secession of Iranian territories in the last two centuries has instigated media outlets in Baku to run a campaign of false narratives on the history of Azerbaijan region.

Nearly a month after Hassan Rouhani’s speech at the 40th anniversary of the Islamic Revolution, news outlets in the Republic of Azerbaijan are still lambasting Iran’s president, refuting it with a chorus of false information on the history of Caucasia, the Iran-Russia wars, and the two humiliating treaties of Turkmenchay and Gulistan. Apparently, Rouhani’s lament about separation of Iranian territory in Caucasia and southern coast of the Persian Gulf in the 19th and 20th centuries has instigated media in Azerbaijan to accuse him of spreading lies and laying territorial claims to the Republic of Azerbaijan.

The campaign by Baku-based websites aimed to spread historical disinformation lacks academic, factual rigor, and it will definitely fail to defame Iran’s leaders and the country. After all, Iran has withstood the world’s sole superpower, the United States, and will not bow to pressures from less powerful loci. The Republic of Azerbaijan, as a sovereign state, has always shown respect to Iran as a neighboring country and has always followed the good neighbor policy. But a reflection on the history of Iran and its historical territories seems appropriate in order to debunk such false narratives of the region by certain malicious media.

In his authoritative book, “Atropatene”, published in Russian language after the independence of the Republic of Azerbaijan, the prominent Azerbaijani historian Igrar Aliyev has correctly pointed that historically, the region lying north of Aras River was never called Azerbaijan. A map of Caucasia drawn during the Tsarist Russia era in 1903, and later republished by the State Geodesy and Cartography Committee of the Republic of Azerbaijan (a version of which is displayed in Baku’s embassy in Tehran), also do not display a region named Azerbaijan in the Caucasian region, not even Armenia and Georgia. Rather, it shows administrative regions such as Baku, Elizavetpol, Yerevan, Tbilisi, among others. 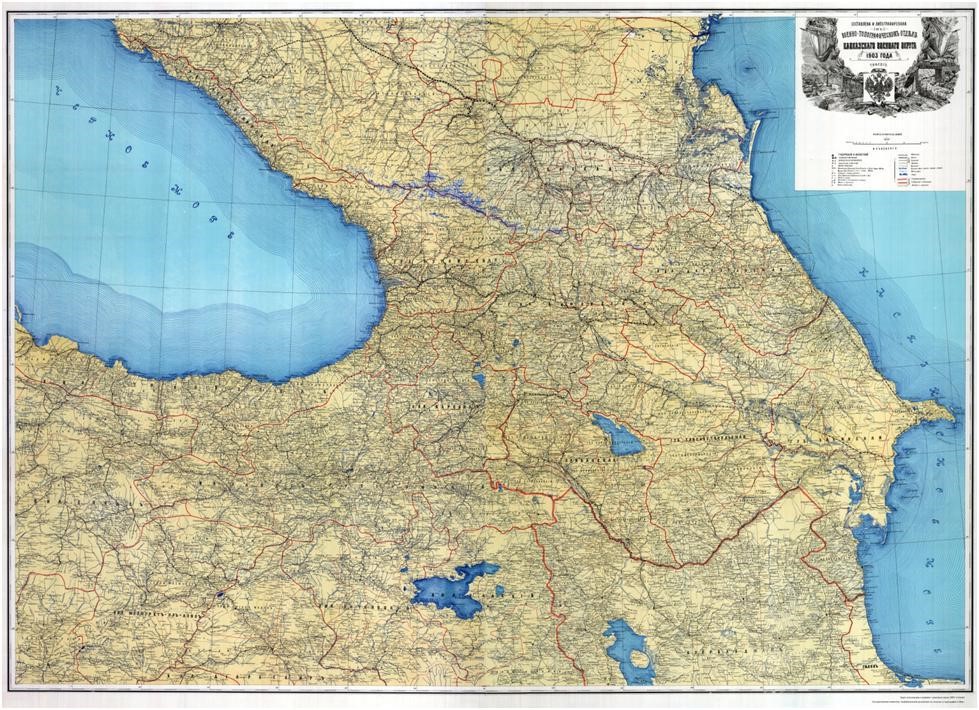 That the map is showcased in the Embassy of the Republic of Azerbaijan in Tehran, officially part of the RoA territory, proves its validity and authority and gives credit to the fact that historically, the label ‘Azerbaijan’ was used for lands lying south of the Aras River, inside Iran. In fact, the region located north of Iran’s borders and beyond the Aras River was called Azerbaijan only after the collapse of the Tsarist Russian Empire and the vacuum of power that followed afterwards. In 1918, the Musavat Party took advantage of Russians’ absence in the region and, backed by the Ottoman Empire, established a republic named Azerbaijan with Ganja as its capital. The republic was short-lived as the Red Army recaptured former territories in 1920.

Back to Hassan Rouhani’s speech, his review of Iran’s history in recent centuries and separation of Iran’s territories north of Aras by Russians has infuriated news outlets in the Republic of Azerbaijan. But their response only proves the dearth of their knowledge. Nonacademic, pseudohistorical narratives in RoA speak of a joint conspiracy by Persians and Russians to divide Azerbaijan between themselves, a false claim even reflected in artworks such as ‘Gulustan’, poem by Bakhtiyar Vahabzadeh, ‘people’s poet’ of the Republic of Azerbaijan.

Historical documents show how after 13 years of war, the two treaties of Turkmenchay and Gulistan were imposed on Iran during the reign of the Qajar King Fath-Ali Shah by Russia, then a superpower along France and Britain. The fact that the two treaties were signed between the Russian Tsar and the Qajar king shows that, despite outlandish claims by RoA media, that the territories were legally part of Iran and not under the official rule of local feudal lords, as these outlets claim. The heavy compensation paid by Iran to the Russian Empire after defeat nullifies claims that the two treaties were conspiracies to divide the Azerbaijan region into two parts. Calls for reunion with Iran never died down in lands north of Aras tears after secession from Iran, even after the Republic of Azerbaijan’s gained independence in the early 1990s. 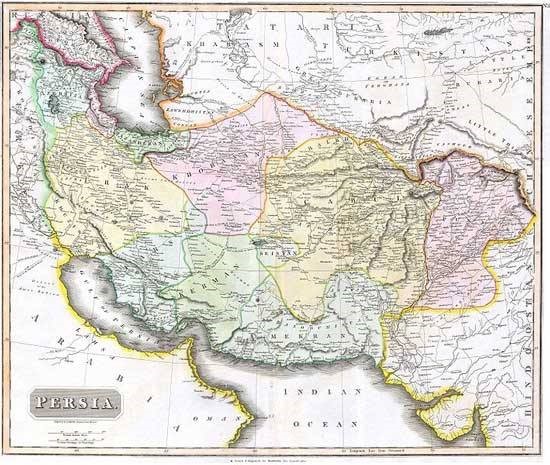 Another valuable historical document in this regard is a map published by Thomson Publications in 1814 in London, on the verge of the official secession of Iran’s northern territories. The map is probably the most recent map published before separation of Iran’s Caucasian territories, before the Qajar king ceded Dagestan, Georgia, Karabakh, Ganja, and the khanates of Shaki, Şirvan, Quba, Derbent, Baku and Talysh to the Russians. The map labels trans-Aras region with its historical name, that is, Şirvan, and not Azerbaijan. The Mugan Plain, lying south of Aras river, Karabakh, Nakhchivan, and Yerevan are also incorporated as part of Azerbaijan, and a large portion of the current territories of Armenia and Georgia are labelled as Georgia. Zanjan, Hamadan, and Qazvin, fallen victim to expansionist claims by pan-Turkist activities, are called by their historical name, Araq-e Ajam, or Persian Iraq.

The problem becomes more complicated and unfortunate when state institutions back such fabrications: a historical atlas of Azerbaijan published by Azerbaijan National Academy of Sciences published in 2007 in Russian and Azeri Turkish calls the territory of Safavid Dynasty, who ruled “The Expansive Realm of Iran” from 1501 to 1736, as Azerbaijan’s Safavid State. But an atlas of the Azerbaijan Soviet Socialist Republic published in Baku and Moscow in 1963 in Russian, labels the same entity as “Iran’s territory during the Safavid era”. Academic and educational material in the Republic of Azerbaijan also insist on calling Azerbaijan a historical region of which only the northern part has gained independence and the remainder is “occupied” by Iran. 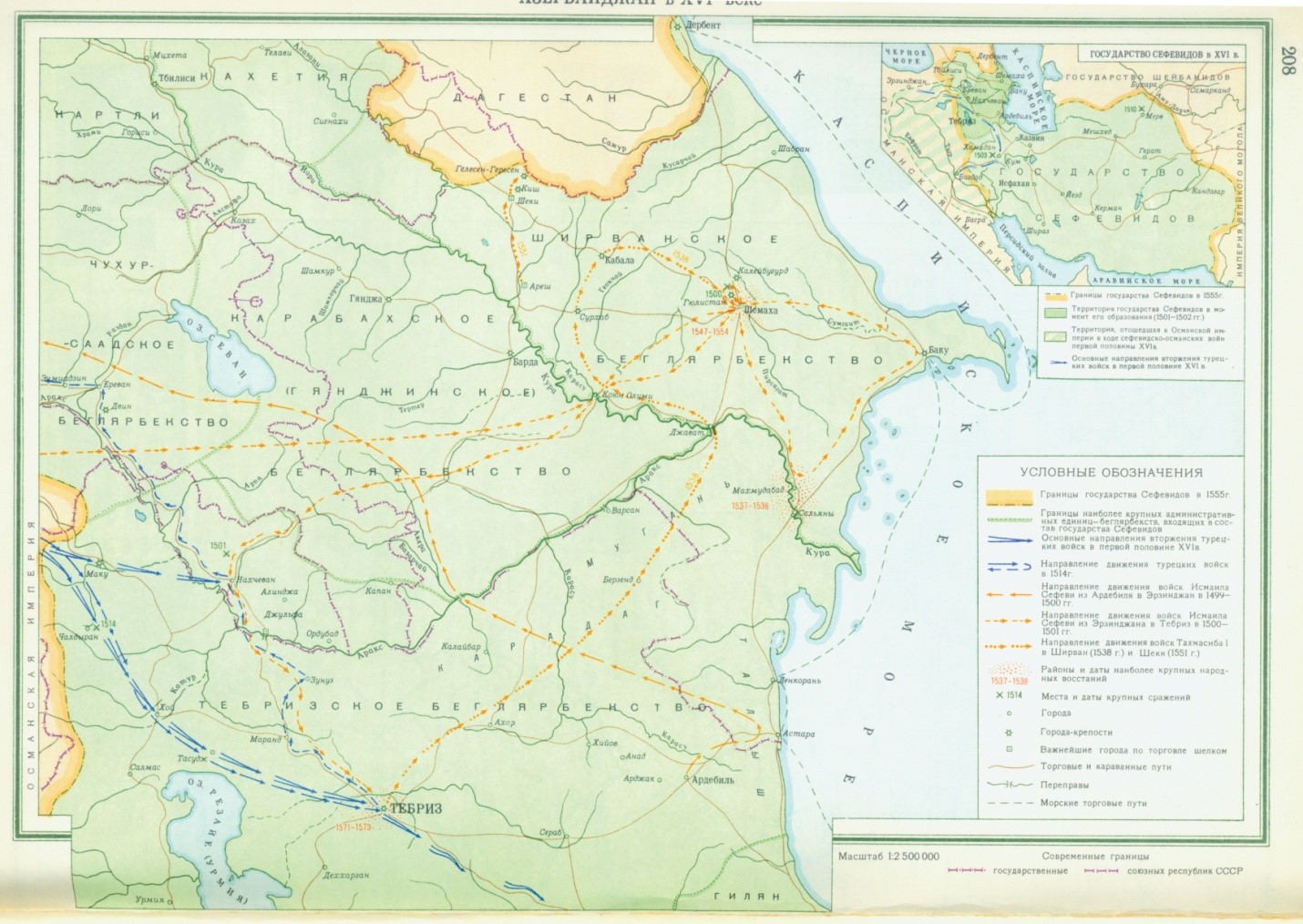 Such historical fabrications are not the official stance of the government of Republic of Azerbaijan; however, systematic misappropriations can eventually lead to misunderstandings and tensions.

* Bahram Amirahmadian is a professor of geopolitics teaching in Faculty of World Studies, University of Tehran. This piece was originally published in IRD Persian.

40th Anniversary of Victory of the Islamic Revolution, Hassan Rouhani, Iran-Azerbaijan relations March 10, 2019
Iran’s trade deficit with US highest over past decade
Turkey biggest exporter of olive oil to Iran