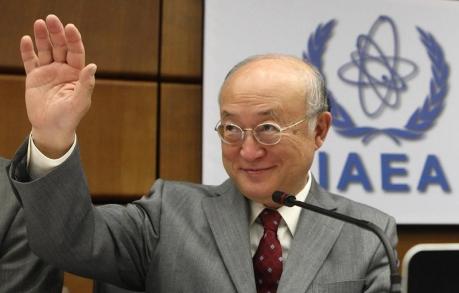 Spokesman for the Independent Fraction at the Iranian Parliament, Mehrdad Lahouti revealed the presence of Iranian Minister of Foreign Affairs in today’s session of the Parliament and said, “considering the extant situation in the country and solving economic problems, Iranian Foreign Minister Mohammad Javad Zarif emphasized that Financial Action Task Force (FATF)-related bills should be approved.”

The Islamic Republic of Iran does not need any countries’ permission to develop missiles and to defend the country, said Secretary of the Supreme National Security Council Rear Admiral.

In reaction to expelling two Dutch diplomats from Tehran, Iranian Foreign minister Mohammad Javad Zarif said that the job was done to retaliate illegal expelling of Iranian diplomats from the Netherlands.

Iran’s Foreign Minister Mohammad Javad Zarif says the United States and some Western countries are angry with Iran, because the Islamic Republic has become self-sufficient in its missile industry.

The spokesman of Iran Ministry of Foreign Affairs Bahram Qasemi said in his weekly press conference on Monday that a European delegation is to visit Tehran to discuss Instrument in Support of Trade Exchanges (INSTEX).

Iran Foreign Ministry spokesman, referring to US National Security Advisor John R. Bolton’s imminent trip to Australia to create anti-Iran consensus, said it is a usual business for him.

Chief of Staff of the Iranian Armed Forces called for constant vigilance to deal with modern and diversified threats posed by the enemies.

The European Union expressed its “resolute commitment” and “continued support” for the 2015 nuclear deal between Tehran and world powers, stressing that it will continue working with the international community to maintain the multilateral accord despite Washington’s withdrawal.

Iran’s Parliament Speaker Ali Larijani highlighted the US government’s endless enmity toward the country and said Washington’s dreams of undermining the Islamic Republic have never come true because of the Iranian nation’s vigilance.

Iran’s dispute with US non-negotiable, non-compromisable

President Hassan Rouhani said that differences between Iran and the United States are neither ‘negotiable’ nor ‘compromisable’.

Secretary General of European External Action Service Helga Schmid said that signatories of the 2015 Nuclear Deal have stressed their commitment to implement the deal.

Iranian president stressed ties between Tehran and Baku are in direction of the desire of the two nations, and noted the completion of the South-North Rail project is of valuable national and regional cooperation.

Zarif highlights growing condemnation of US sanctions on Iran

Iran’s Deputy Foreign Minister says that Instrument in Support of Trade Exchanges (INSTEX)is only one of the obligations that the European parties have towards the Islamic Republic of Iran.

The Iranian president says the tide has turned against the US politics as for the first time during the last 40 years, an overwhelming majority of countries are against the sanctions reimposed by Washington on Tehran.

President: Iran not afraid of talks, but US must return to JCPOA first

Iranian President Hassan Rouhani said Tehran is not afraid of negotiations but stressed that the US must first return to the 2015 nuclear deal and make up for the past in order for any negotiation to take place.

The US has accused Iran of violating the UN Security Council Resolution 2231 by testing one of its ballistic missiles and launching two satellites, urging the world body to restore “tougher international sanctions” against the Islamic Republic.

Iran has appointed Bahram Ghasemi, current spokesperson for the Ministry of Foreign Affairs, as the ambassador to France after months of diplomatic tensions between the two sides.

Tehran has lashed out at Britain for providing diplomatic protection to Iranian citizen Nazanin Zaghari, who is serving her term in Iran on espionage charges.

Iranian President Rouhani in a letter to Hojjatoleslam Ebrahim Raisi has congratulated him on his appointment as head of Judiciary, saying his government is ready to cooperate with the body.

President Hassan Rouhani hailed the close ties between the Islamic Republic of Iran and the Republic of Azerbaijan and stressed the importance of promoting mutual cooperation in different sectors.

Iranian Foreign Minister Mohammad Javad Zarif arrived in Baghdad late on Saturday at the head of a high-ranking delegation.

Zarif says he will not run for president in 2021 elections

Foreign Minister Mohammad Javad Zarif said on Saturday certainly, he will not be a candidate in Iran’s 2021 presidential elections.

The British Embassy in Tehran on Tuesday announced the meeting of a delegation headed by British Ambassador Rob Macaire with officials of Central Bank of Iran on the Instrument in Support of Trade Exchanges (INSTEX).

The Qazvin-Rasht railway, stretched along the Caspian Sea in northern Iran, will connect to the International North South Transportation Corridor (INSTC) today.

India wants to keep buying Iranian oil at its current level of about 300,000 barrels per day (bpd), as it negotiates with the Washington about extending a sanctions waiver past early May, two sources in India with knowledge of the matter said.

A member of the Expediency Council, Gholamreza Mesbahi Moghadam, said the country would not endorse the FATF-related bills as a prerequisite for the EU’s trade mechanism INSTEX.

The body of slain Saudi journalist Jamal Khashoggi was likely burned in a large oven at the Saudi consulate general’s residence in Istanbul, a new report revealed.

Indian and Pakistani troops have exchanged fire in the disputed Kashmir region after a brief lull since a dangerous escalation between the two countries that erupted last week, Indian Defense Ministry spokesman Lieutenant Colonel Devender Anand has stated.

Yemen’s Houthi Ansarullah movement has censured recent comments by British Foreign Secretary Jeremy Hunt on the control of Hudaydah, saying the top UK diplomat is distorting the terms of a UN-mediated ceasefire deal reached between the Yemeni warring sides in Sweden over the strategic Red Sea port city.

Pakistan’s Minister of State for Parliamentary Affairs Ali Muhammad Khan says his country will never recognize Israel, which he said is the Pakistani nation’s “number one enemy.”

Iran’s Energy Minister Reza Ardekanian said his organization has come up with a joint plan with the Islamic Revolution Guards Corps (IRGC) to carry out cloud seeding projects across the country.

Leader of the Islamic Revolution Ayatollah Seyed Ali Khamenei called for absolute prohibition of damage to trees for the purpose of constructing buildings.

Iran flag-bearer of human rights in ME: UN official

Deputy Human Rights Commissioner Kate Gilmore said that Iran is among the leading countries in the region regarding the status of human rights.