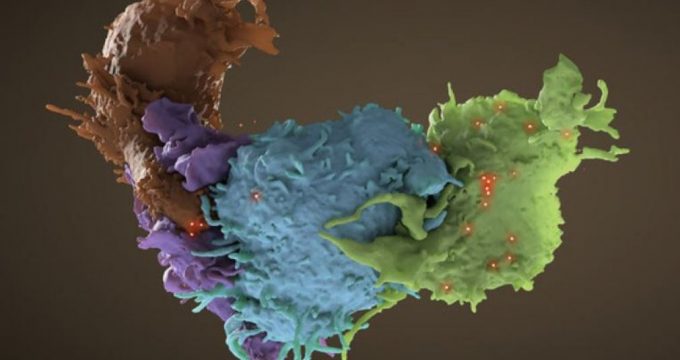 United Nations Iran – The UN agency leading the global effort to end AIDS, said on Tuesday that a new case of a patient who has been “functionally cured” of HIV infection, is greatly encouraging, but there is still a long way to go before the illness can be eradicated.

The male patient, who was being treated for lymphatic cancer at a London hospital in the United Kingdom, underwent a stem cell transplant in 2016, with cells from a donor carrying a rare genetic resistance to the HIV virus.

Both his cancer and HIV went into remission, and 18 months on, he is no longer taking HIV drugs and all traces of infection have become undetectable, according to doctors treating him. Researchers reportedly say that it is too early, however, to say the patient has been fully cured.

“UNAIDS is greatly encouraged by the news that an HIV-positive man has been functionally cured of HIV”, said the agency in a press statement.

“Although this breakthrough is complicated and much more work is needed, it gives us great hope for the future that we could potentially end AIDS with science, through a vaccine or a cure,” said Michel Sidibé, Executive Director of UNAIDS.

“However, it also shows how far away we are from that point,” he added saying it emphasized “the absolute importance of continuing to focus HIV prevention and treatment efforts.”

Treatment ‘not viable’ for large numbers of patients
The agency stressed that as stem cell transplants are “highly complex, intensive and costly procedures with substantial side-effects”, they were not a “viable way of treating large numbers of people living with HIV.”

“However, the results do offer a greater insight for researchers working on HIV cure strategies and highlight the continuing importance of investing in scientific research and innovation,” added UNAIDS.

The so far anonymous London patient, is only the second reported case of a functional cure for HIV, the first being a patient in the German capital, Berlin, who received similar cancer treatment in 2007.

There is currently no cure, and UNAIDS is working to ensure that all people living with and affected by HIV have access to life-saving HIV prevention, treatment, care and support services.

Stigma and discrimination against HIV, continue to hold back key vulnerable population groups such as sex-workers, transgender people, intravenous drug users and migrants, and only one in four, living with HIV, are aware of their status.

Marking World AIDS Day in November, UN Secretary-General António Guterres, said that the world stood at a “critical juncture”, and the direction of the response to the on-going epidemic, would determine whether or not the world could end AIDS by 2030, in line with the UNAIDS Fast-Track Strategy and the Sustainable Development Goals.