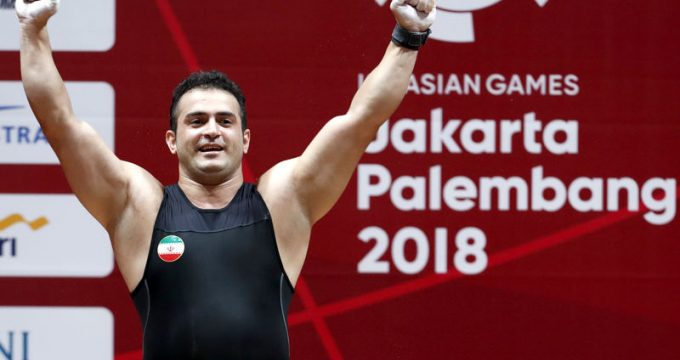 According to Norouzi, Moradi will be sidelined for between six to nine months.

Moradi missed the Fajr Weightlifting Cup in Tehran and will also miss 2019 Asian Weightlifting Championships in Ningbo, China. Both competitions serve as the 2020 Summer Olympics qualifiers.

Moradi will likely miss the 2019 World Weightlifting Championships in Pattaya, Thailand in September.

Moradi broke weightlifting’s longest standing world record on his way to gold in the men’s 94kg class at the 2018 Asian Games.

He lifted 189kg in the opening discipline to better the snatch record set at 188kg in 1999 by Greece’s Akakios Kakiasvilis.