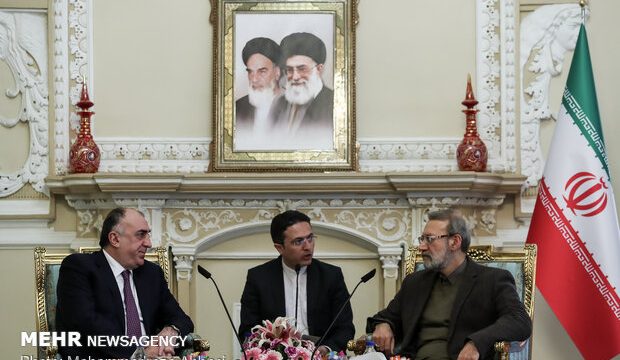 Tasnim – Iranian Parliament Speaker Ali Larijani called on the Azeri government to lift visa requirements for Iranian citizens visiting the Caucasus country in a bid to boost bilateral relations between the two neighbors.

Speaking at a meeting with Azeri Foreign Minister Elmar Mammadyarov, Larijani hailed Tehran-Baku ties as cordial and said there is a positive view about Azerbaijan in the Iranian parliament.

“We have no restriction for economic activities with neighboring countries, including Azerbaijan,” the parliament speaker said.

The Azeri top diplomat, for his part, said there is no problem in political and cultural relations between the two countries, adding that the economic cooperation should also develop accordingly.

Iran and Azerbaijan have accelerated efforts in recent years to forge a closer partnership in various areas.

Azeri President Ilham Aliyev has made several official visits to Tehran over the past few years.