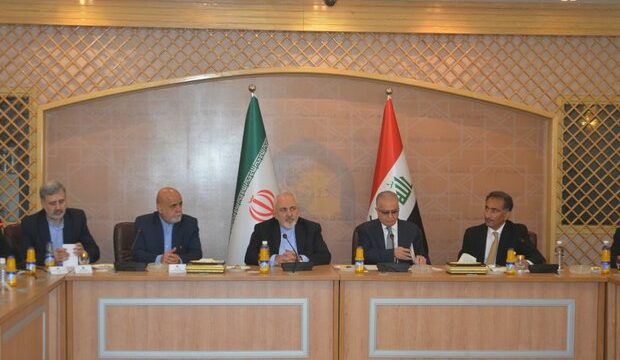 Zarif says he will not run for president in 2021 elections

Foreign Minister Mohammad Javad Zarif said on Saturday certainly, he will not be a candidate in Iran’s 2021 presidential elections.

The trial has started in an Iranian court for 13 petrochemical industry executives charged with embezzling 6.6 billion euros ($7.4 billion) in one of the nation’s biggest corruption cases, the state-run Islamic Republic News Agency reported.

The head of the Atomic Energy Organization of Iran (AEOI), Ali-Akbar Salehi said Sunday that new nuclear achievements will be inaugurated during next Iranian year of 1398, which have been made by the domestic experts.

Iraqi Foreign Minister Mohammed Ali al-Hakim hailed the upcoming visit by Iran’s President Hassan Rouhani to Baghdad, saying it would be promising and constructive for cementing the two nations’ relations.

Lieutenant Commander of the Islamic Revolution Guards Corps (IRGC) Brigadier General Hossein Salami warned the enemies of making any aggression against Iran, saying that they will be chased to faraway territories.

Iran’s Foreign Ministry expressed condolences to Ethiopia after an Ethiopian Airlines flight with 149 passengers and eight crew members on board crashed on Sunday.

Iranian Parliament Speaker Ali Larijani called on the Azeri government to lift visa requirements for Iranian citizens visiting the Caucasus country in a bid to boost bilateral relations between the two neighbors.

Iranian and Iraqi officials have started preparations here on Sunday on the eve of the travel of Iranian President Hassan Rouhani to the Iraqi capital on March 11.

Iran Meteorological Organization (IMO), affiliated to the Ministry of Roads & Urban Development, is planning to host the sixth round of Regional Conference on Climate Change in late 2019.