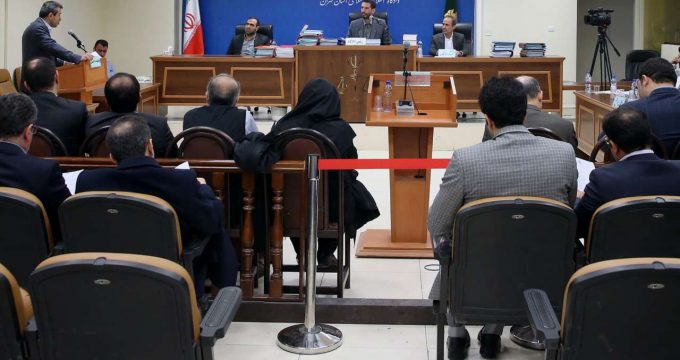 Bloomberg | Golnar Motevalli: The trial has started in an Iranian court for 13 petrochemical industry executives charged with embezzling 6.6 billion euros ($7.4 billion) in one of the nation’s biggest corruption cases, the state-run Islamic Republic News Agency reported.

The defendants, most either chief executives or board members of Iranian petrochemical producers and exporters, are accused of “causing a great economic disturbance” by establishing shell companies overseas to circumvent sanctions imposed while Mahmoud Ahmadinejad was president, judge Assadollah Masoudi Magham said, according to IRNA.

Reading from a 700-page indictment, another judicial official added that billions of euros worth of sales from petrochemical exports were funneled to the companies as purchases, the Mehr news agency reported on Thursday.

The case, described by IRNA as “record-breaking” for its monetary value, is the latest in a series of trials and investigations started after the government of President Hassan Rouhani and the hardline judiciary vowed to root-out corruption in response to rising public anger over levels of cronyism and economic nepotism within industry and government.

The return in August of U.S. sanctions, the most punitive ever imposed on the Islamic Republic by Washington, has brought fresh urgency to the efforts as people are being forced to cope with steep increases in prices and a collapse in the rial, which have cut the value of their paychecks and spending power.