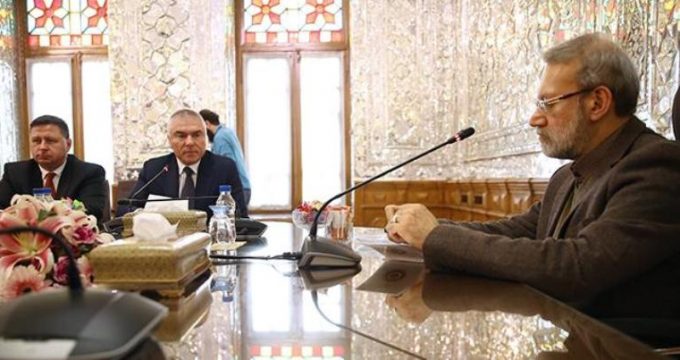 Iran asks Bulgaria to use INSTEX to raise trade volume

‘The Bulgarian parliament can play a role in strengthening economic ties between the two countries,’ Larijani told Bulgaria’s Parliament Vice-Speaker Vesilin Mareshki in Tehran on Saturday.

‘[We want] the Bulgarian government to use the European solution to trade with Iran,” Larijani said while referring to Europe’s special financial channel with Iran called Instrument in Support of Trade Exchanges (INSTEX).

Iranian parliament speaker stressed ‘good relations” between Iran and Bulgaria in industrial and machinery trade, emphasizing that such relations should continue because there is a high commercial capacity between the two nations and that Bulgaria should use such capacity to increase the annual trade volume up to one billion dollars.

Bilateral trade between Tehran and Sofia stood at $121 million in 2017 with Iranian exports to the European country worth a meager $106,000.

Bulgarian Parliament Vice-Speaker Mareshki noted that his country is eager to expand economic ties as well as enhancing political and cultural relations with Iran.

He mentioned that other nations that seek to damage Iran-Bulgaria relations “won’t succeed”, saying that “nations should strengthen their ties regardless of the interferences’.