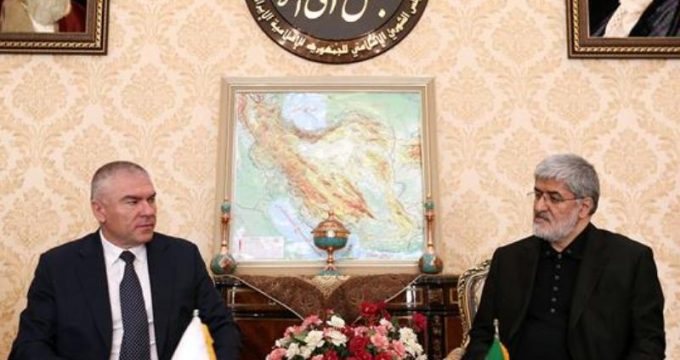 Bulgaria vows to help lift US sanctions against Iran

“Implementing sanctions against the Islamic Republic of Iran and other countries are an obstacle to the way of development of relations between the two countries,’ Bulgarian Deputy Parliament Speaker Veselin Mareshki told his Iranian counterpart Ali Motahhari in Tehran on Saturday. “Bulgaria will do whatever it can to remove them,” he said, referring to the re-imposed US sanctions on Iran.

The Bulgarian official said Sofia supports democratic countries and is against all the big powers that interfere in their affairs.

For his part, the Iranian deputy parliament speaker said parliamentary relations between the two countries will provide opportunities for further development of ties between countries.

He told his Bulgarian counterpart that “Iran’s military presence in Iraq and Syria is at the invitation of these countries’ governments to contain terrorist groups from growing in the region and the world.”