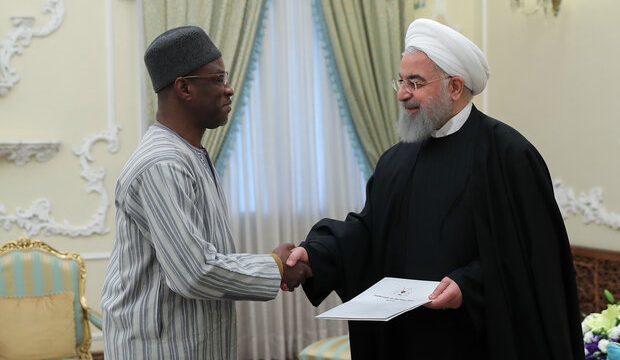 President Hassan Rouhani made the comments in a meeting with the new non-resident Ambassador of Burkina Faso to Tehran on Saturday while receiving his letter of credence. Rouhani also said “we are happy that Tehran- Ouagadougou ties are developing.”

Stating that Iran is willing to further cement ties with Burkina Faso, he said “we hope that in your term of office, we witness closer ties between the two countries.”

Referring to the country’s efforts in combating terrorism, he said “we are a victim of terrorism and over the 40 past years, we have fought terrorism and are ready to provide you with our experiences in this regard.”

The new non-resident Ambassador of Burkina Faso to Tehran also presented his letter of credence to President Rouhani and said “relations with Iran are at a very good level and all I am trying to do is to further promote relations.”

“Our important challenge is the terrorist groups, and the new President of Burkina Faso has mainly focused on establishing peace and stability in the country,” he said.