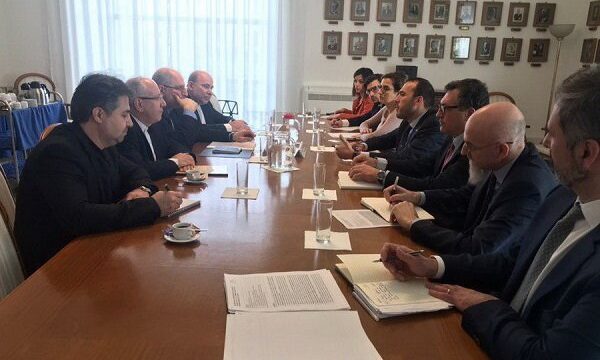 While stressing the importance of the nuclear deal and the need for the signatories to fulfill their obligations, Manlio Di Stefano said that Italy was interested in the EU’s trade mechanism and was considering the details to join it.

“We are focusing on small and medium-sized enterprises, and we want to provide aid for the Italian companies willing to cooperate with Iran and based on this, the best way to support the companies is through the INSTEX mechanism,” Di Stefano added.

Gholamreza Ansari, for his part, stressed the need for the nuclear agreement’s sides to fulfill their commitments and called the formation of the financial mechanism, INSTEX, as a practical measure in line with the commitments of the European parties.

Ansari also expressed hope that by joining other business parties such as Italy to this mechanism, the trade process of two countries will return to the previous trend.

He also stressed the importance of paying attention to small and medium-sized enterprises, and described as vital their role in developing economic relations between the two key countries.