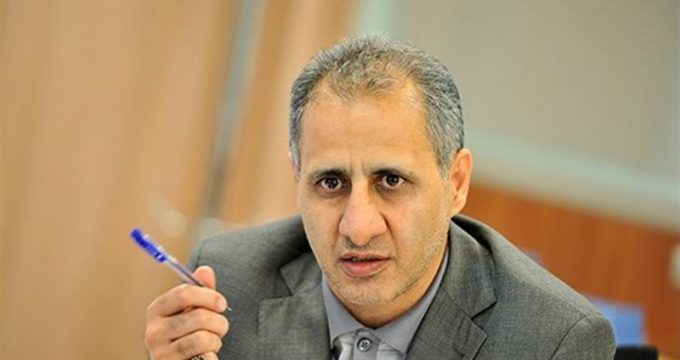 Official: Iran can find ways to sell oil in defiance of US sanctions

Tasnim – An official predicted that the US may extend a waiver for at least four of the eight nations that still import oil from Iran, stressing that Tehran should nonetheless look for unconventional methods to keep selling crude.

In an interview with Tasnim, secretary of the Iranian Union of Oil Product Exporters, Hamid Hosseini, said the US sanction waivers for Iranian oil importers will be likely extended.

“Given the current situation in Venezuela and the relatively increasing trend of oil prices in the world, it is unlikely that the US will not extend waivers for the eight countries purchasing Iranian oil,” he said, adding that even if the sanction waivers are not extended, China and India do not seem to abide by the US sanctions against Iran.

Raising the possibility that the US sanction waivers for at least four of the eight Iranian oil customers may be extended, Hosseini said even if the waivers do not remain in place, Iran will still be able to export oil by using methods that are different from the sale systems under normal circumstances.

He further pointed to the methods that Venezuela has adopted to sell its crude in the free market under the foreign sanctions, saying Iran, too, should find ways to keep exporting crude and oil products even if the sanction waivers are terminated.

In an interview with Tasnim in February, Secretary of Iran’s Supreme National Security Council Ali Shamkhani said the country has devised initiatives to foil the US sanctions on its oil exports and has multiple ways to sell its crude.

In comments in January, Iranian President Hassan Rouhani said there are several approaches available for Iran to sell its oil despite the US sanctions.

“We proudly get around the US sanctions,” the president said.

The US government imposed a new round of sanctions on Iran in November 2018.

In May last year, the US president pulled his country out of the Joint Comprehensive Plan of Action (JCPOA), the nuclear deal that was achieved in Vienna in 2015 after years of negotiations among Iran and the Group 5+1 (Russia, China, the US, Britain, France and Germany).

The US had announced plans to drive Iran’s oil exports down to zero, but backed off from its policy and granted waivers to at least 8 countries that import Iranian oil.