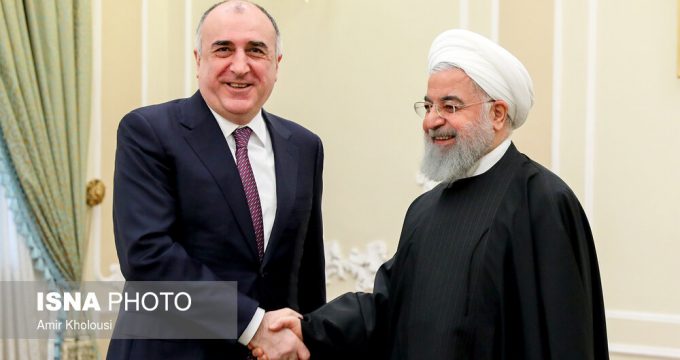 President Hassan Rouhani hailed the close ties between the Islamic Republic of Iran and the Republic of Azerbaijan and stressed the importance of promoting mutual cooperation in different sectors.

Tehran has lashed out at Britain for providing diplomatic protection to Iranian citizen Nazanin Zaghari, who is serving her term in Iran on espionage charges.

A member of the Expediency Council, Gholamreza Mesbahi Moghadam, said the country would not endorse the FATF-related bills as a prerequisite for the EU’s trade mechanism INSTEX.

Pres of UNGA: All should abide by JCPOA

President of the United Nations General Assembly Maria Fernanda Espinosa described JCPOA as outcome of a collective agreement, saying that all should comply with it.

First Vice-president Eshaq Jahangiri on Saturday inaugurated Iran’s biggest metal production unit that is run by the private sector in the city of Aradan, in northern province of Semnan.

The Chief of General Staff of Iranian Armed Forces Major General Mohammad Hossein Bagheri highlighted the significance of having broad outlooks in the field of air defense, saying that improving such capabilities is necessary to thwart potential threats in the future.

President described relations between Iran and India developing in all fields and stressed that Tehran welcomes further development of these relations in all fields of mutual interest.

Iranian President Hassan Rouhani is going to hold a meeting with prominent Shiite cleric Grand Ayatollah Ali al-Sistani during a trip to Iraq next week, Iran’s ambassador to Baghdad said.

Iranian President Rouhani in a letter to Hojjatoleslam Ebrahim Raisi has congratulated him on his appointment as head of Judiciary, saying his government is ready to cooperate with the body.