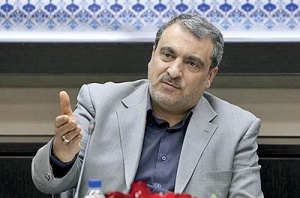 IRNA – Iran’s Ambassador to Japan Morteza Rahmani-Movahhed said Iran considers US unilateral sanctions against international regulations and for the same reason it will do its best to promote normal economic relations with all countries, including Japan.

Addressing the economic seminar ‘A Path to Trade’ held in Tokyo on Thursday to introduce Iran’s capacities, he stressed that Iran does not recognize the US unilateral sanctions and deems it a move in contradiction of Resolution 2231 of United Nations Security Council.

Referring to Iran’s 82-million population market, he described Iran as a crucial state in the region.

The seminar attended by 110 representatives from Japanese companies was held as part of programs to mark the 90th anniversary of Iran-Japan diplomatic relations by Iran’s Embassy to the country and The Japan External Trade Organization (JETRO).