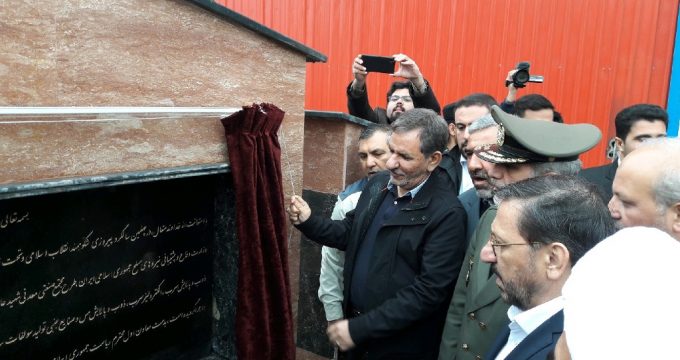 IRNA – First Vice-president Eshaq Jahangiri on Saturday inaugurated Iran’s biggest metal production unit that is run by the private sector in the city of Aradan, in northern province of Semnan.

Speaking on the sidelines of the inauguration ceremony of the industrial project, Governor of Aradan told the Islamic Republic News Agency (IRNA) that the industrial unit which was built at a 100-hectare land will create job opportunities for 300 individuals.

Mojtaba Bourbour said the private metal unit has the annual capacity of producing 66,000 tons of copper and lead.

About 1,300 billion rials have been invested in the Aradan industrial project which was initially planned to be implemented in seven year but compeleted in a shorter time. The project started four year ago, the governor added.

The most important goal the project follows is to develop economic infrastructures in the country, Bourbour said.

Jahangiri is in Semnan for a day-long visit to open two industrial projects.