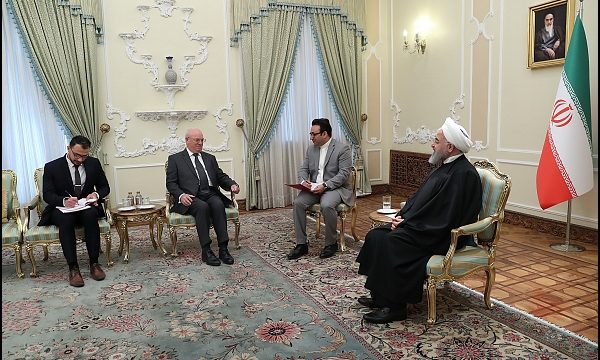 Europe should compensate for US’ withdrawal from nuclear deal: President

Speaking with the new non-resident Ambassador of Malta to Tehran on Saturday while receiving his letter of credence, Dr Hassan Rouhani said, “After the nuclear deal, we started a new round of very good relations with European countries and relations with Malta have been very good in the recent years”.

“There are very good potentials that can be tapped to further develop relations between the two countries,” he continued.

Dr Rouhani also went on to say, “The two countries have the necessary resolve for deepening economic and political ties, and we hope that during the tenure of the new ambassador, relations further promote”.

The new non-resident Ambassador of Malta to Tehran Paul Mifsud also presented his letter of credence to President Rouhani and said, “Relations between the two countries are long-standing and my government is doing whatever it can to further deepen these ties”.

He also expressed his country’s support of the nuclear deal and said, “JCPOA is a road map for deepening of bilateral and multilateral relations with the European Union and Malta endorses this agreement”.