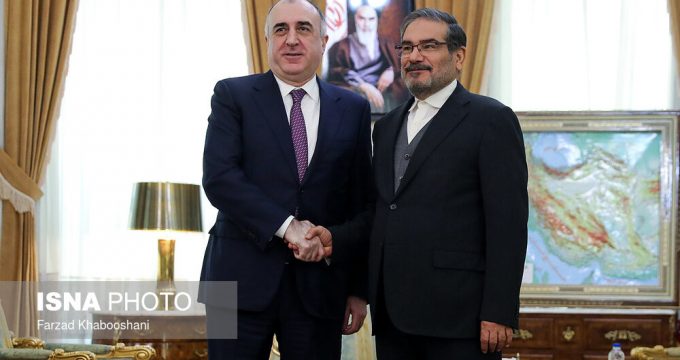 Tasnim – The Republic of Azerbaijan’s foreign minister reaffirmed that his country will maintain close economic ties with Iran irrespective of the foreign sanctions imposed on Tehran.

Azerbaijan will keep boosting economic cooperation with Iran and the foreign sanctions against Tehran could not negatively impact the close ties between the two neighbors, Elmar Mammadyarov said in a meeting with Secretary of Iran’s Supreme National Security Council Ali Shamkhani on Saturday.

The top Azeri diplomat also voiced his country’s willingness to expand relations with Iran in all fields, saying Baku welcomes any initiative to that end.

Shamkhani, for his part, said the Iranian and Azeri governments are both resolved to broaden bilateral relations, particularly in economic fields, adding that closer interaction would contribute to regional security and stability.

Describing Iran-Azerbaijan common border as the “gate of peace and friendship”, the Iranian official emphasized that the warm relations between the two Muslim neighbors do not pose a threat to any other country and would never be influenced by the destructive attempts of regional or trans-regional parties.

Azeri President Ilham Aliyev has made several official visits to Tehran over the past few years.