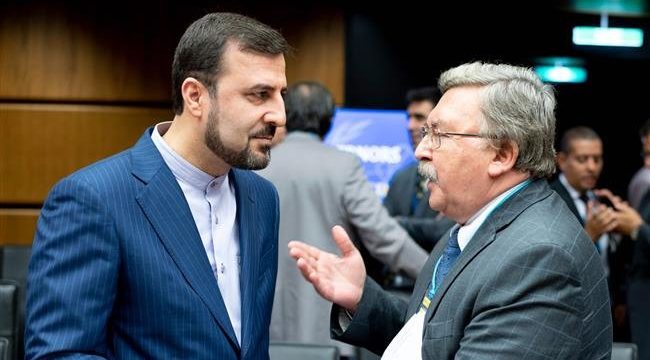 TASS – Having pulled out of the Joint Comprehensive Plan of Action (JCPOA) for Iran’s nuclear program, the US failed to fulfill its obligations to lift sanctions on Tehran and started to economically blackmail countries legally cooperating with Iran, Russia’s Permanent Representative to the Vienna-based international organizations Mikhail Ulyanov said at a meeting of the International Atomic Energy Agency (IAEA) Board of Governors on Tuesday.

According to the Russian envoy, nearly a year has passed since one of the JCPOA members withdrew from the deal and started large-scale activities to undermine the agreement in breach of the United Nations Security Council Resolution 2231. “Not only did Washington fail to fulfill its obligations to remove sanctions on Iran but it also has been economically blackmailing other countries that continue to legally cooperate with Iran,” he noted.

Ulyanov pointed out that Russia shared the view of UN Secretary General Antonio Guterres who, in his December report to the Security Council, expressed regret over US actions running counter to the UN Security Council Resolution 2231. “As a result, the nuclear deal’s integrity has been undermined, as well as the balance between its nuclear and economic provisions. Huge damage has been done to the deal’s economic provisions, while the nuclear ones are being effectively implemented,” the Russian envoy stressed.

On May 8, 2018, US President Donald Trump announced Washington’s withdrawal from the Iran nuclear deal. He said that old sanctions on Iran would be restored and new ones would be introduced in case Tehran attempted to pursue its nuclear ambitions. The first batch of new US sanctions on Iran took effect on August 7 and the second one became effective on November 5.

In the wake of Trump’s decision, the leaders of Great Britain, Germany and France called on other participants in the deal to continue fulfilling it. Iranian President Hassan Rouhani said that Tehran would not abandon the JCPOA and would continue to comply with its obligations. Russian Foreign Minister Sergey Lavrov said that Washington’s withdrawal from the JCPOA violated the United Nations Security Council’s resolution. He added that Russia would seek to maintain the agreement despite US move to resume sanctions against Iran.