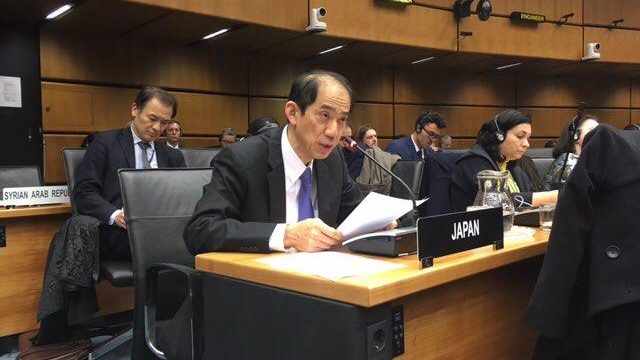 IRNA – The Permanent Representative of Japan to the International Organizations in Vienna in a message reiterated support for Iran nuclear deal known s the Joint Comprehensive Plan of Action (JCPOA).

‘At the @iaeaorg [International Atomic Energy Agency (IAEA)] Board of Governors meeting, I made a statement on Iran’s nuclear issues. “Japan continues to firmly support the JCPOA, as it strengthens the international non-proliferation regime and contributes to the peace and stability of the Middle East region,” Mitsuru Kitano tweeted on Tuesday.

Meanwhile, earlier Director General of the International Atomic Energy Agency (IAEA) Yukiya Amano reiterated the fact that Iran is implementing its commitments under the nuclear deal

‘My report on Verification and monitoring in the Islamic Republic of Iran in light of the United Nations Security Council resolution 2231 (2015) covers relevant activities of the Agency in that country over last few months,’ Amano said.

‘Iran is implementing its nuclear-related commitments under the Joint Comprehensive Plan of Action. It is essential that Iran continues to fully implement those commitments,’ he added.

Earlier, Japan ambassador in Tehran Mitsugu Saito said that despite sanctions, the Japanese companies are hopeful of working with Iran.

Referring to US disrespect to Iran nuclear deal, the ambassador said Iran has always respected the international agreement.